There’s much to love with the A to Z wines. What’s refreshing – besides their very well-crafted, varietally accurate, delicious wine – is that first and foremost they operate as a force for good. Consider these stats:
Because of their dedication to creating a sustainable environment where employees thrive, in 2014 A to Z became the first winery to achieve its B Corporation certification, which puts it in the same company as Patagonia, Ben & Jerry’s, Kleen Kanteen, and many other progressive organizations. Since then, they’ve garnered the B Corp’s “Best For The Word” award, four years running.
To attain a B Corp status, an organization must actively and consistently prove that all of its decisions are guided by the goal of operating as a sustainable, healthy business for the good of its workers, the community, all of its suppliers and distributors, and the environment: They must meet rigorous standards of social and environmental performance, accountability and transparency. In essence, they balance purpose and profit, believing that the more successful their business is, the better they can do for the world.
And all of this is on top of the fact that their wine really is consistently terrific, which is no surprise given that A to Z was started in 2002 by Oregon wine industry veterans from several of the USA’s most highly regarded wineries, including Eyrie, Domaine Drouhin Oregon, Archery Summit and Chehalem. Their multiple award-winning wines are blends of locally-sourced, Oregon-grown fruit from sustainably managed farms, and we love them.
If all of this isn’t enough to get you to try them, we’ve put our line of A to Z wines on sale for the month of September. We want you to put your money where your conscience is, and drink well.
Here’s what’s in store: 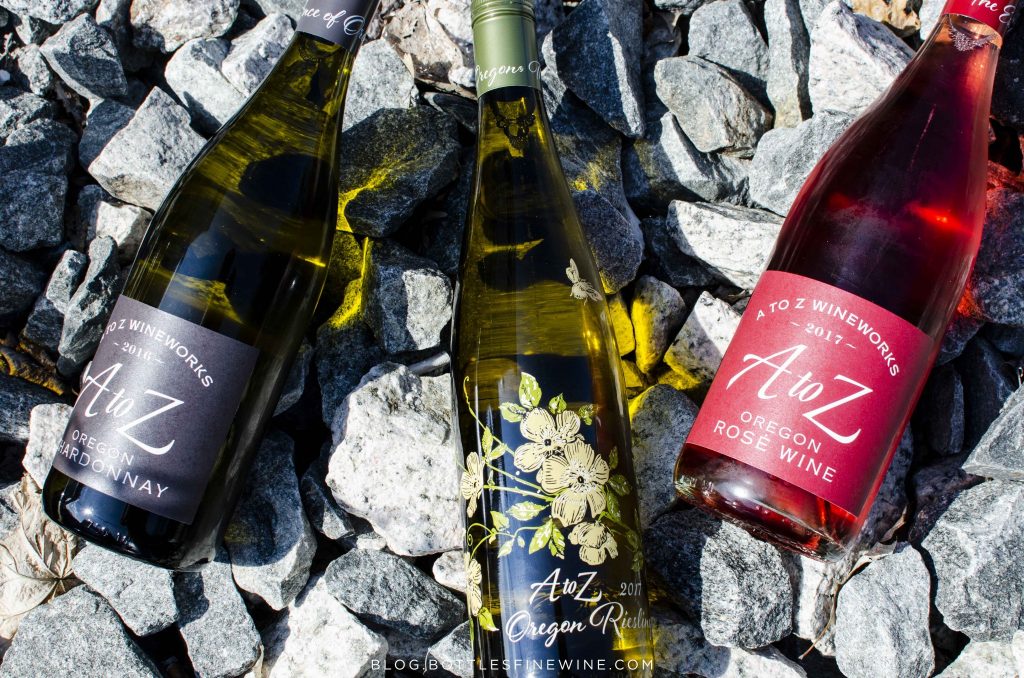 2016 Chardonnay
They say it’s America’s best-selling unoaked Oregon Chardonnay, and with this flavor, we buy it. It’s full of citrus, honeysuckle and melon flavors, with a rich, ripe and round texture that’s balanced with a crisp freshness. It’s incredibly food-friendly, too. $13.99 compare to $16.99

2017 Riesling
Oh heavens, where to start. Luscious honeysuckle, lime, elderflower and floral aromas lead to mouth-watering honey, limoncello and pear flavors, all richly textured and ready for pretty much whatever food you want to throw at it – we especially like it with spicy dishes. See the bee on that beautiful bottle? That means that a portion from the sale of each bottle will go to support bee health research. $13.99 compare to $16.99 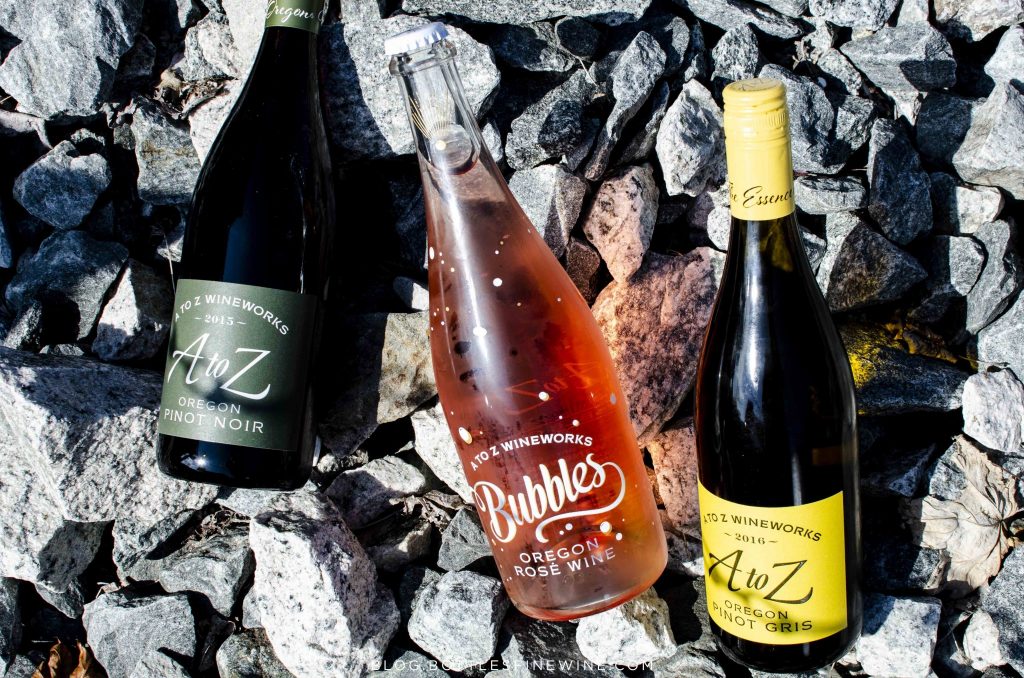 2015 Pinot Noir
What a vintage – it’s widely considered one of Oregon’s best ever. Dark fruit aromas abound out of the glass, leading to red and blue fruit flavors, all balanced with dusty tannins, a juicy acidity and a mineral finish. $17.99 compare to $21.99

2016 Bubbles (Rosé)
A blend of Pinot Noir with a touch of Chardonnay. This lovely sparkler has juicy ripe fruit aromas that lead to raspberry, watermelon and white flower flavors all softened with a hint of creaminess. $13.99 compare to $16.99

2017 Pinot Gris
Mouthwateringly amazing, with peach, apricot, pineapple and lychee aromas meeting citrus flavors, crisp acidity and soft tannins. One of the most versatile food wines in our shop for sure. $13.99 compare to $16.99 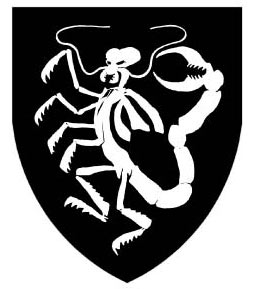 One of the first things that Bottles’ new Wine Director Melissa Principe did when she got to the store was ensure that we received an allocation of Kelley Fox wines. The Oregon Pinot Noirs have achieved a cult status over the past few years due to their high-quality and limited production; they’re among the most sought-after wines in the country.

“Anyone who avers that New World Pinot cannot match Burgundy for finesse and complexity has clearly never tried anything from this small, impressively consistent producer. Kelley Fox cut her winemaking teeth at Eyrie (and that influence shows very clearly in the wines she produces under her own name), followed by a 10-year stint (2005 to 2015) as winemaker at Scott Paul. She launched her own winery in 2007 and now produces around 2,000 cases a year of lithe, mineral-driven and strikingly pure Pinots from two of the Willamette Valley’s most highly regarded and meticulously farmed vineyards, Maresh and Momtazi. Native yeasts are used for all of the wines, and anywhere from a third to three-quarters whole clusters have been used since the beginning, but as of the 2015 vintage Fox will be using all whole bunches. She started out by using about one-third new oak for her first three vintages, used a bit for 2010 and 2011 and now uses none at all because she wants her wines ‘to be as pure and unadorned as possible, and oak can get in the way.’ As approachable as Fox’s wines are soon after release, they have the balance to age and, as a bonus, they deliver exceptional value for their quality.”

That’s what Josh Raynolds said in Vinous, and we couldn’t agree more.

Here are Melissa’s notes on the stunning wines of Kelley Fox:

This is a big wine! It has lots of acid and fresh cherry fruit, big iron and a good cherry nose, which is trademark Oregon. Only 607 cases produced.

The Mirabai is made from 47-year-old vines and crushed with whole cluster fruit. It opens with a nose of sun-warmed strawberries and a little spice, and finishes with a strong tannin structure and acidity that welcomes fatty dishes. Think duck! Only 495 cases produced.

The grapes for this bottle were harvested from three specific sites on the famed Momtazi vineyard; they’re all from Burgundian clones, are hand harvested, and whole cluster pressed. It has aromas of fresh black cherries and ripe black berry fruit, and finishes with balanced minerality and fleshy acid. Only 410 cases produced.

The Maresh has a classic silk texture that can only be Oregon. The nose is full of violet and petite rose petals; ripe cherry and dark berry fruit glide on the finish. This wine is made to age. Only 192 cases produced.

We hope you’re able to take advantage of these stunning wines this holiday season.

Last week we gave you Bottles’ top Spring picks for white and rosé wine. Today we share our favorite reds that will pair beautifully with lamb, ham, and other heavier dishes you’ll have on your table this season. 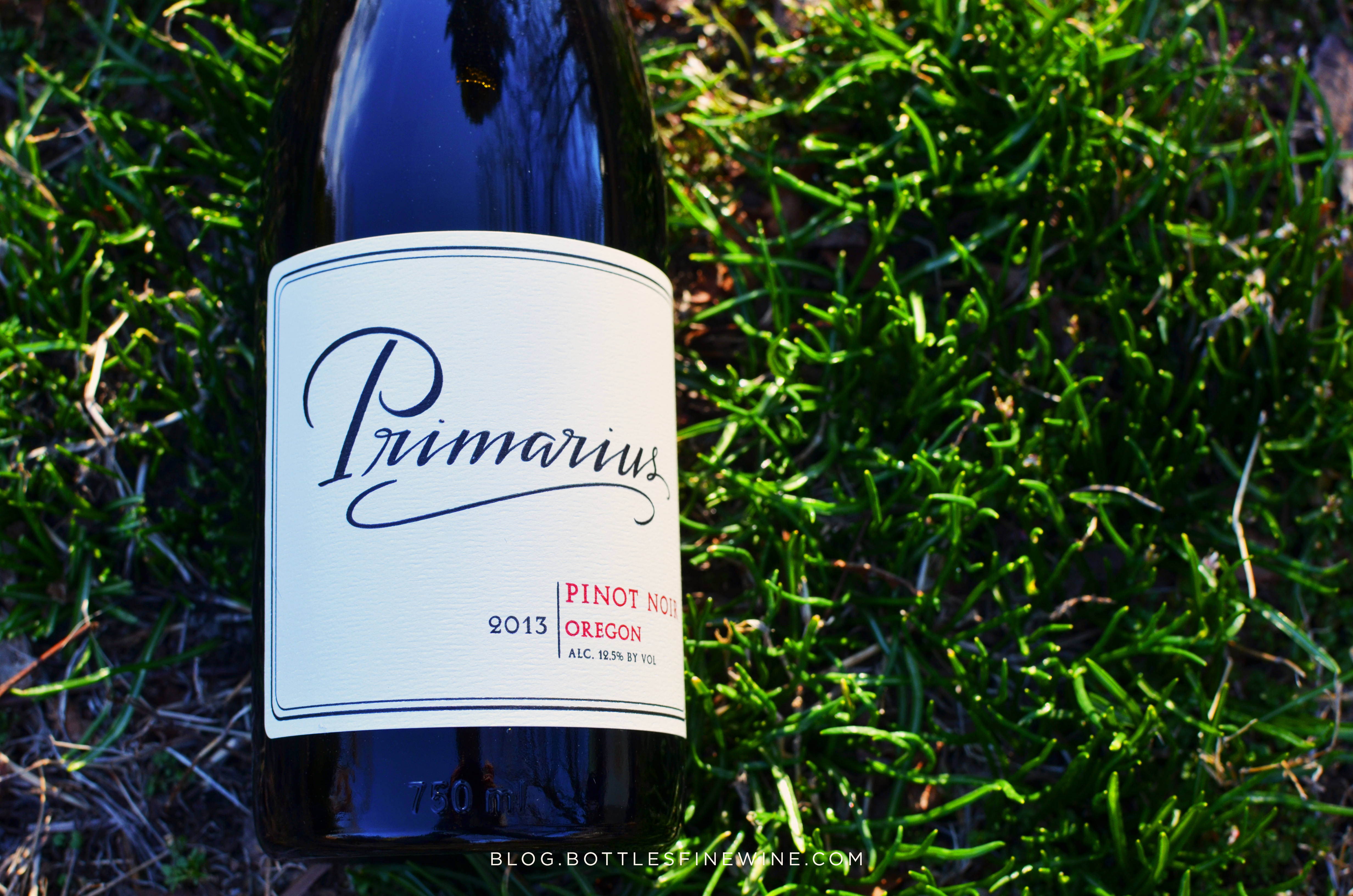 Primarius, Pinot Noir, Oregon
A rich, luxurious pinot from Oregon with bold fruit and an interesting mineral/graphite element that makes it a no-brainer pairing with lamb. It’s also gentle enough for fish. 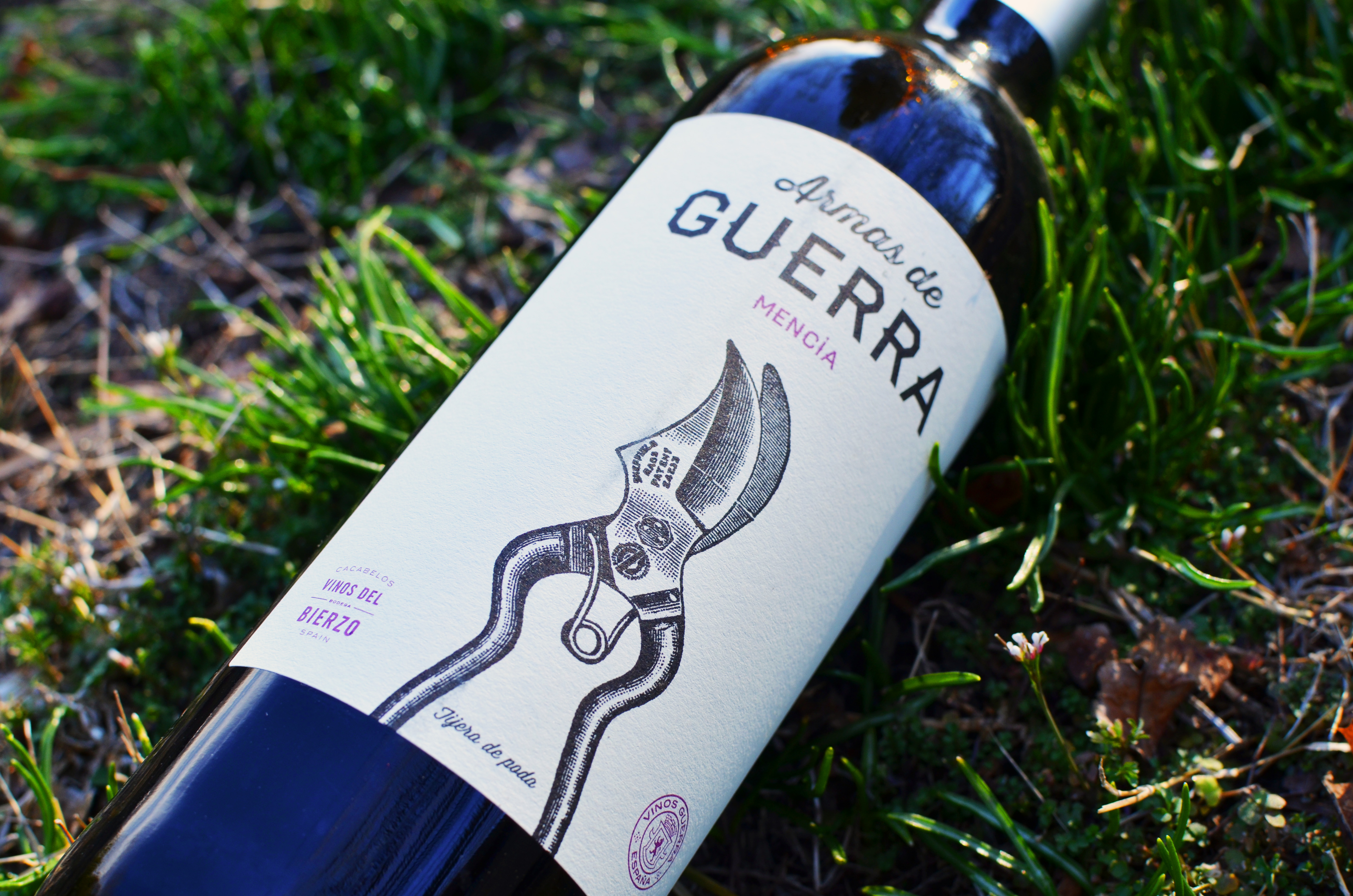 Armas de Guerra, Mencia, Bierzo, Spain
One of our favorite values in the store! It’s made from grapes from super old vines (50+ years!) and is studded with energetic aromas and flavors of sappy black fruits and fresh violets.  A perfect springtime wine! 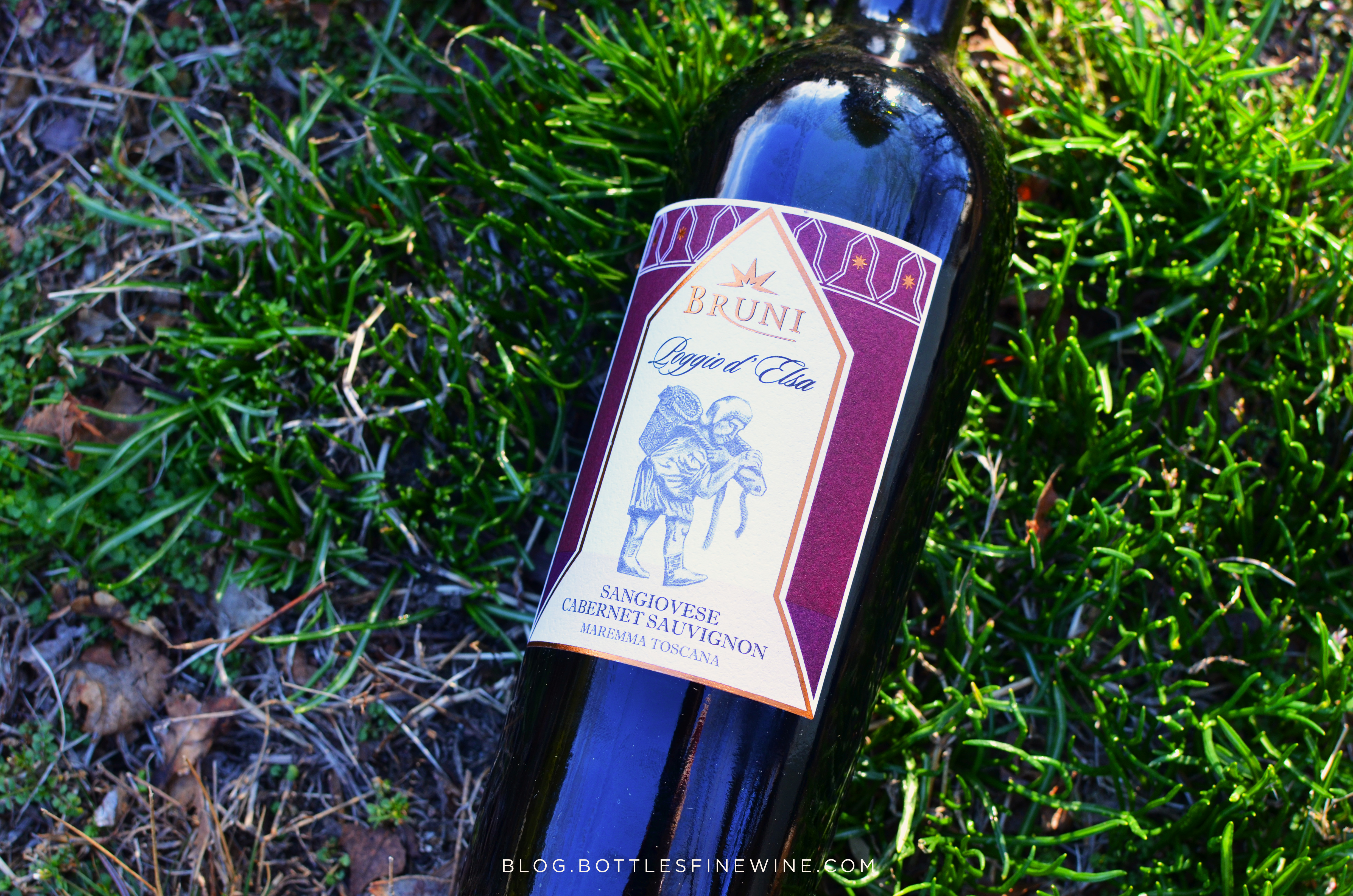 Bruni “Poggio d’Elsa” Red Blend, Maremma, Tuscany, Italy
A “Super Tuscan” 50/50 blend of sangiovese and cabernet sauvignon that over delivers for the price.  Rich, dry and brooding with a softness and a gorgeous depth of flavor that will pair well with roasts and richer meat-based dishes on your Easter table. 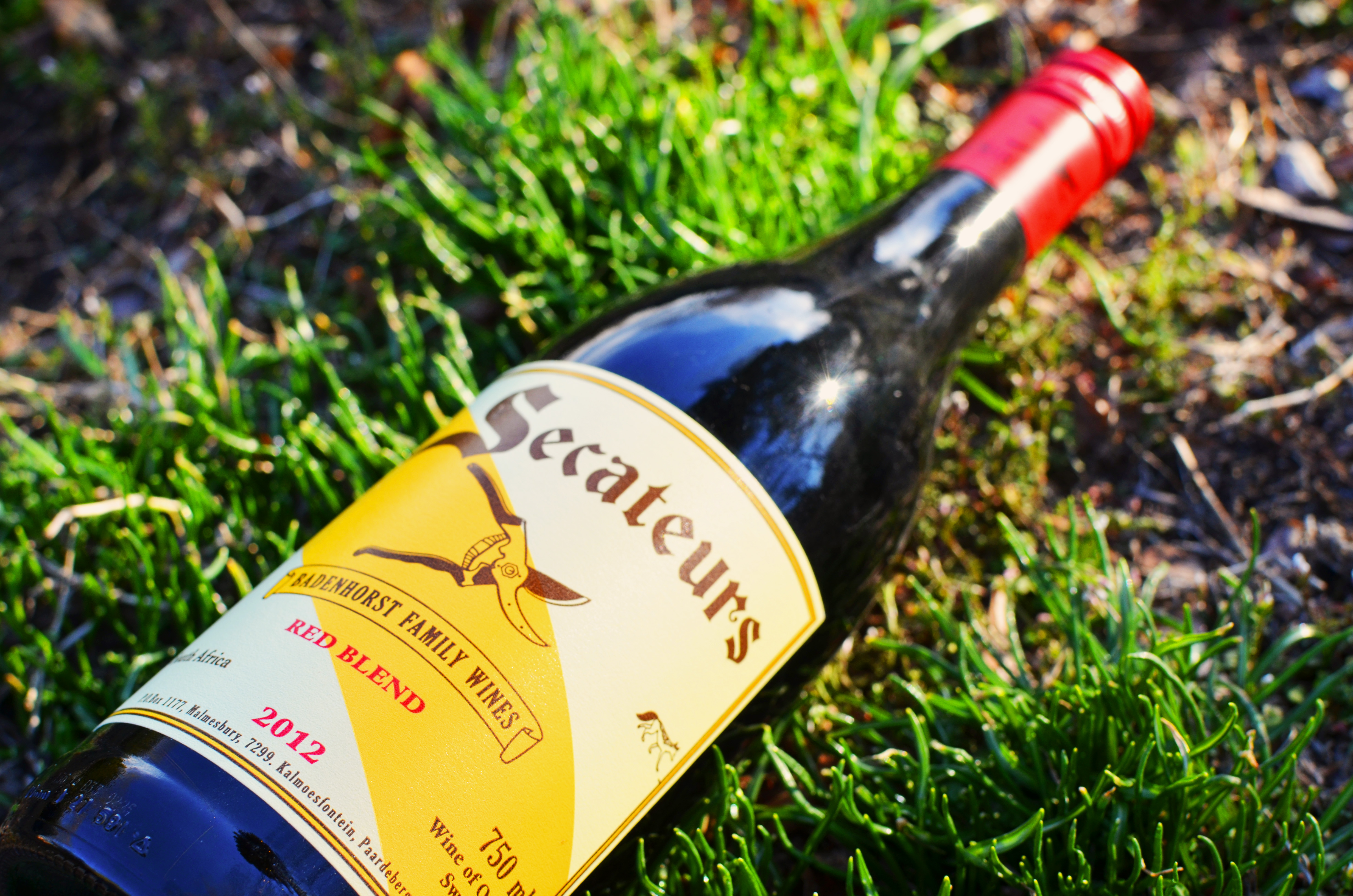 AA Badenhorst “Secateurs” Red Blend, Swartland, South Africa
Our favorite wine (at the moment) from South Africa.  A perfect blend of grapes usually found in the South of France, this wine typifies the terroir of South Africa: minerally, juicy and bold. Terrific with grilled or roasted pork.