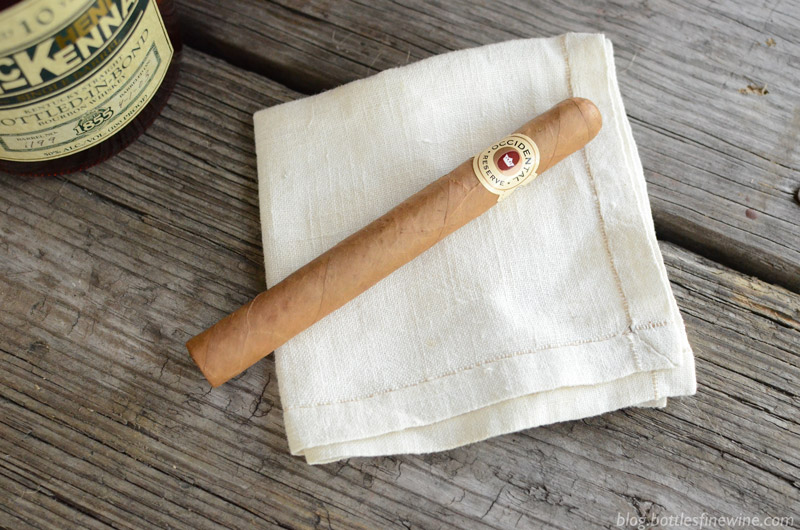 Don first smoked this brand when it was first introduced in the 1990’s. A consistently high quality cigar from one of the Dominican Republic’s outstanding cigar factories, and the same factory that makes Avo cigars among many.  Occidental Reserve is a blend of three Dominican tobaccos along with Indonesian longfiller, finished off with a Connecticut shade wrapper.  The smoke is well balanced; expect an even draw and burn. A fine quality cigar and great value! 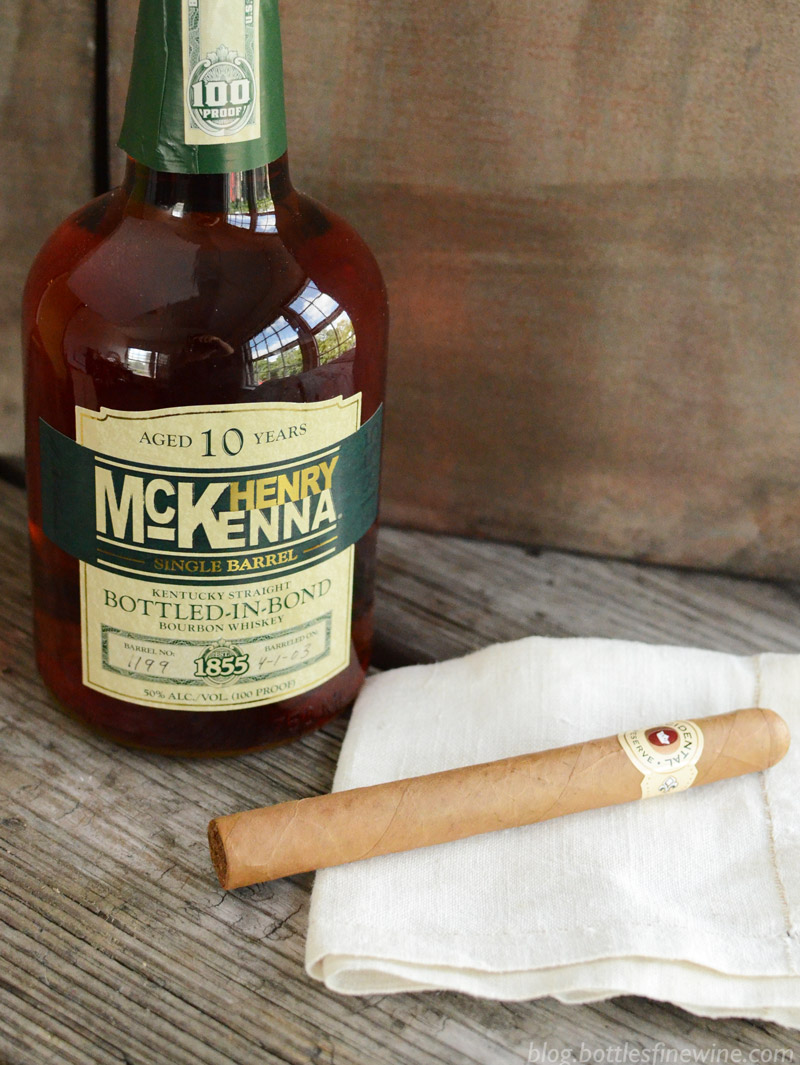 Occidental Reserve needs to be paired with Henry McKenna 10 Year. Smooth and creamy, seductively full-bodied, and one of the best bourbon values at Bottles. It’ll be tough finding a better value, 10-year-old bourbon than Henry McKenna. Cheers, and enjoy! 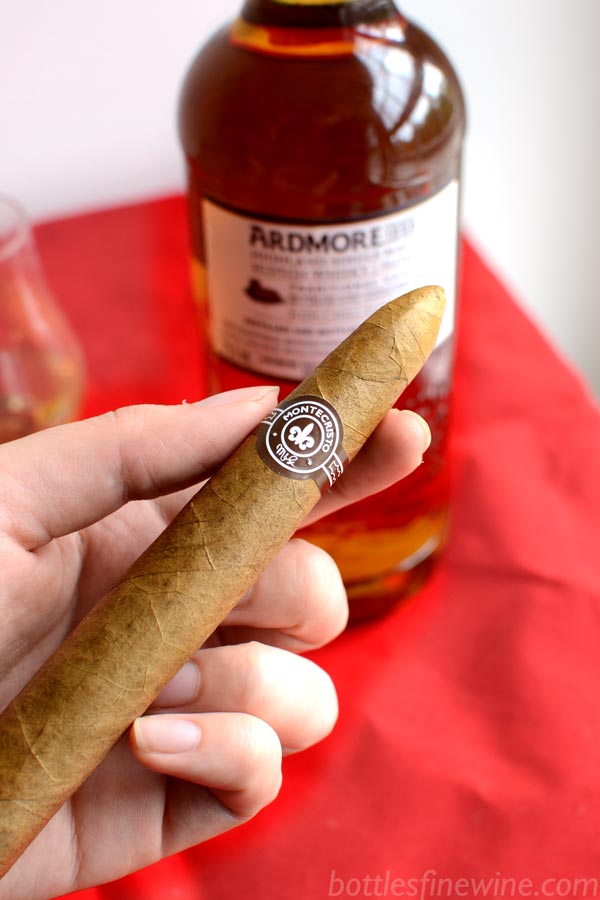 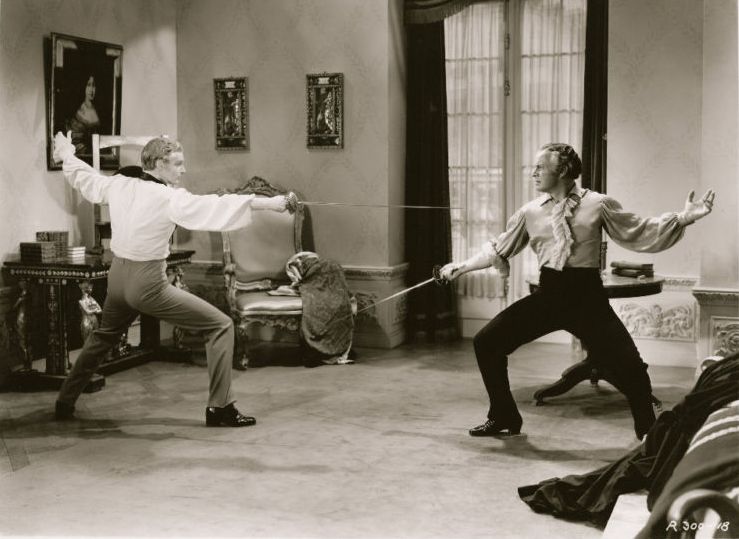 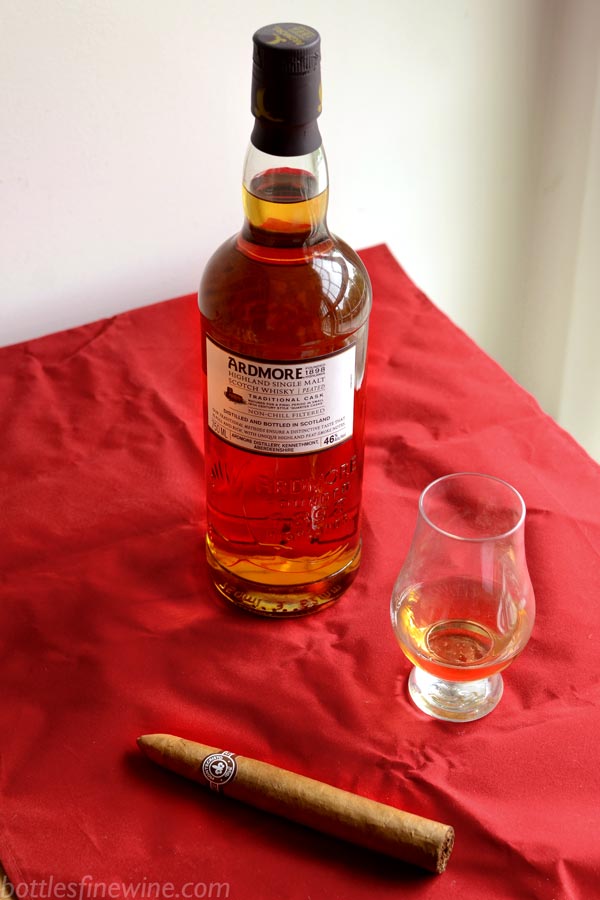 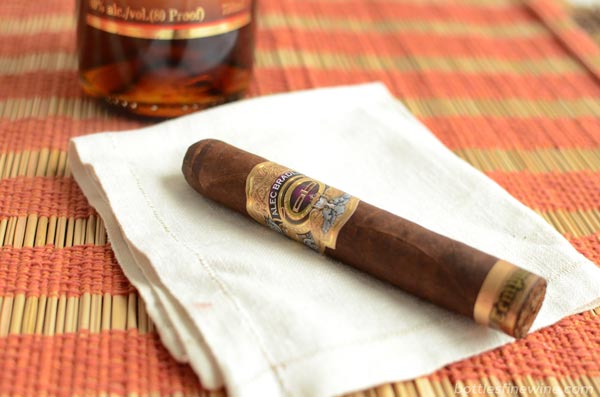 Tempus cigars are manufactured and distributed by Alec Bradley Cigars, a relatively new brand among premier cigar companies. Founded in the mid nineties, Alec Bradley produce a full line of outstanding quality cigars. The Tempus line has been rated a “94” and recently was placed among the top 25 cigars of the year. This robusto Tempus Terra Novo (5 x 50) is medium to full-bodied with a rich semi-sweet finish. As you smoke, it reveals complex flavors of dried fruit, cedar and touches of leather and coffee. Very impressive! 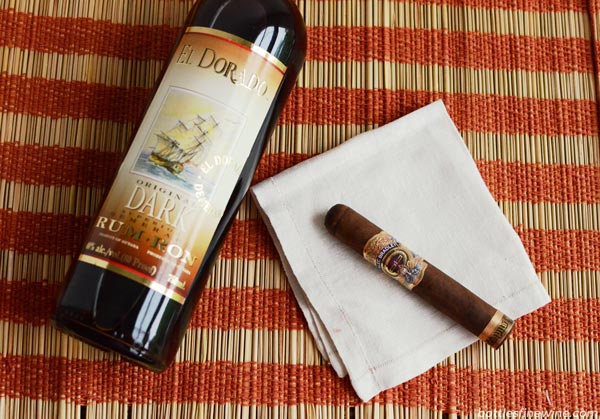 Just to make sure, Don smoked one last evening. He would highly recommend pairing this cigar with El Dorado Dark Rum from Guyana. On the bank of the Demerara River, local sugar cane is crushed, pressed, and boiled to create molasses. This unique flavor creates the base for all of the El Dorado rums. El Dorado uses a wooden Coffrey Still from 1880, it is the last of it’s kind in the world and the years of delicious rum distilled in this unusually tall still imparts a unique flavor to the rum. They refresh the still with new wood, small sections at a time to preserve the essence of the rums. El Dorado also utilizes a Double Wooden Pot Still and Single Wooden Pot Still from 1732, these stills create deliciously dark and rich rums.

Enjoy this pairing outdoors and on the water! Cheers! 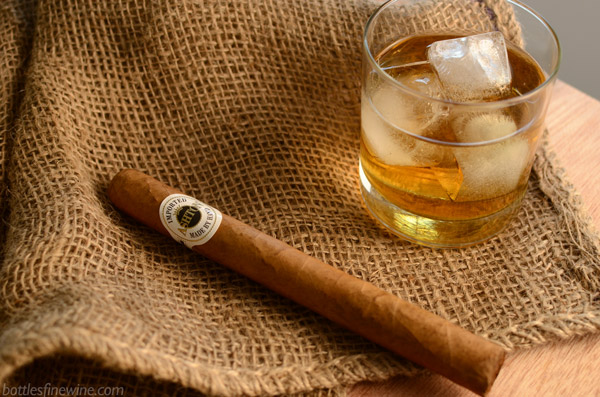 This week’s cigar selection is Ashton ‘Churchill’ from the Dominican Republic. Ashton is a mild to medium-bodied cigar sporting a flawless Connecticut shade wrapper. When the Levin family smoke shop of Philadelphia planned the Ashton line, they commissioned the renowned Arturo Fuente cigar family to make the cigars. This blend is known for its exquisitely rich flavor and spicy aftertaste. 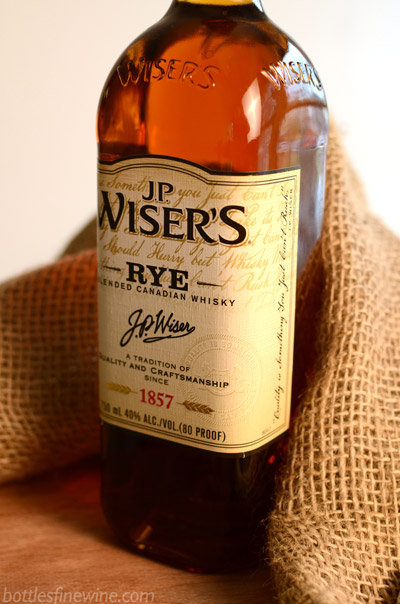 Plan to sit down for a while with this combo because a Churchill, approximately 7 x 50, is larger than your average cigar. Smoke one and you will quickly see why Ashton has become one the most popular high end brands on the market. 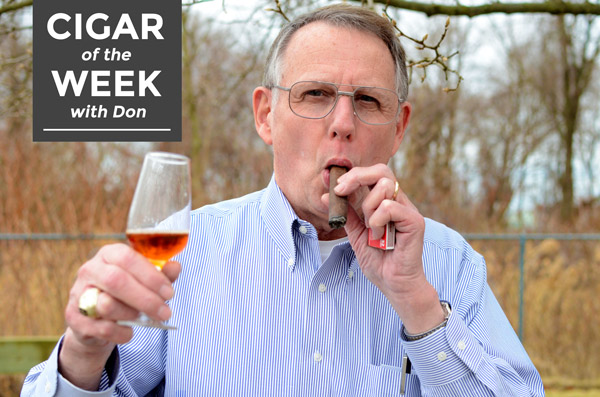 Welcome to Don’s cigar pick of the week, just in time for The Masters golf tournament this weekend! Each week this spring we’ll be featuring a new cigar pick from Don Schmidt, our wine, scotch and cigar connoisseur. Don has been in the beverage industry for over forty-two years and is a Rhode Island living legend. One of his favorite pastimes is sipping a wonderful wine or scotch and smoking a fine cigar on a beautiful, breezy Saturday afternoon. 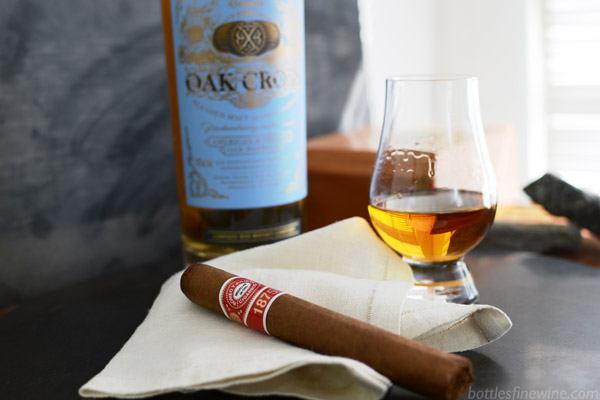 This week Don is smoking Romeo y Julietta 1875 Exhibicion #3 from the Dominican Republic. A great way to kick off cigar season, this is a medium bodied Toro-shape with rich, smooth flavor and a spicy finish.

Don is pairing it with Compass Box ‘Oak Cross’ Malt Scotch. The Oak Cross Whisky Co. is known for creating small batch Scotch whiskies in an approachable, but experimental way. Oak Cross is a vatted malt, combining French and American oak aging to create a lush vanilla aromas with a touch of clove spice on the palate. 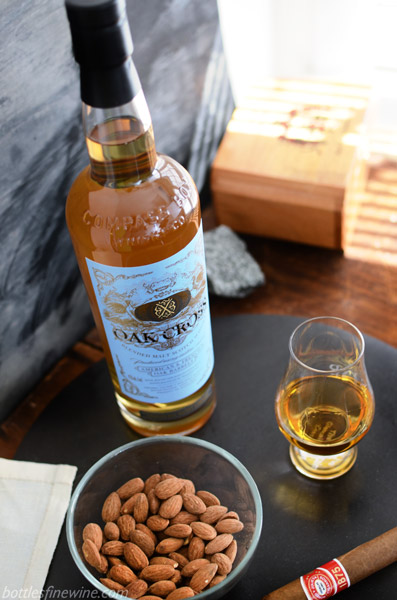 Together, the Oak Cross and Exhibicion #3 (with maybe some aged cheese, or almonds!) create an excellent springtime digestif full of soft flavors and a slight twist of spice.

Get your ingredients in store – Cheers!