Our entire team gathered one Sunday night after closing to taste through the Thanksgiving wines that our Wine Director, Nick, selected this year. The consensus? They’re all winners. There wasn’t a loser among them (and we have a really opinionated staff. Really. Opinionated.) That said, there are marked differences among each bottle. We encourage you to grab a staff member for help in selecting the style that will match your palate. 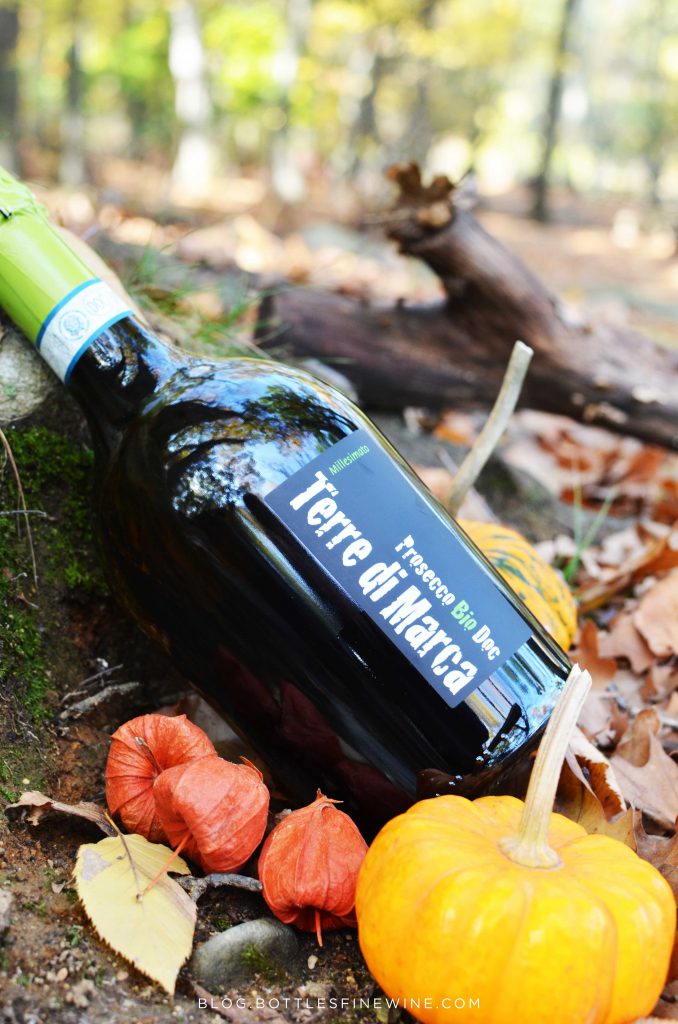 Corvezzo Terre di Marca Prosecco, Italy
Delicious, organic sparkling wine, new to the store, which has just a whisper of the fruitiness
you want to enhance Thanksgiving flavors. Perfect for toasts, pairing, and cocktails. $13.99 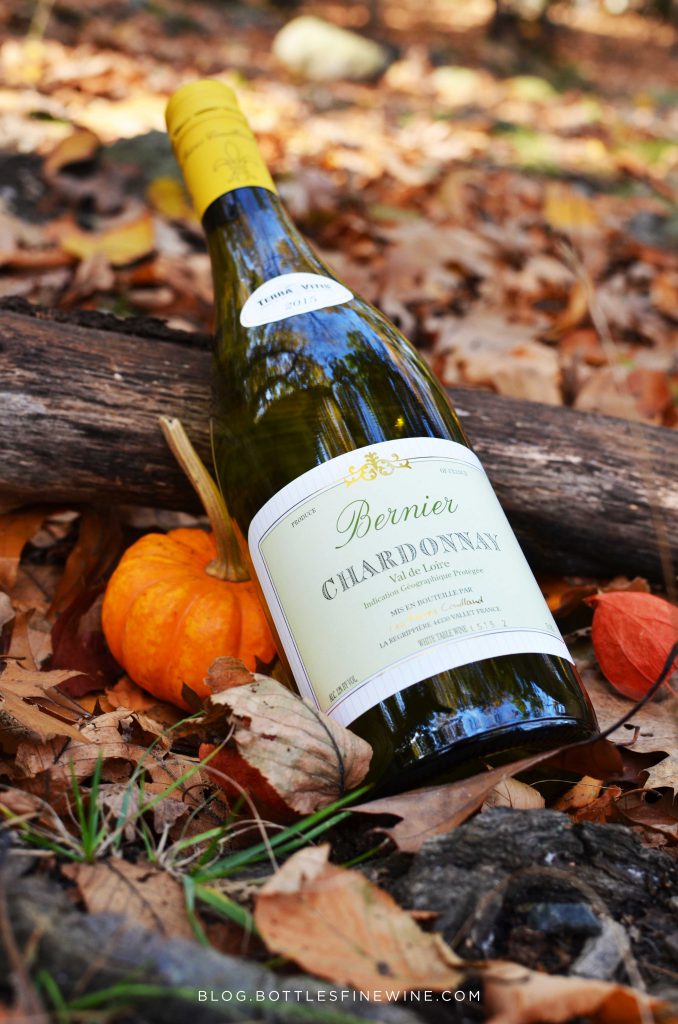 Domaine Bernier Chardonnay, The Loire, France
A tasty, un-oaked chardonnay that’s loved even by those who don’t typically like chards. (Believe us.) It’s perfect for when you want an all-around great white with value. $11.99 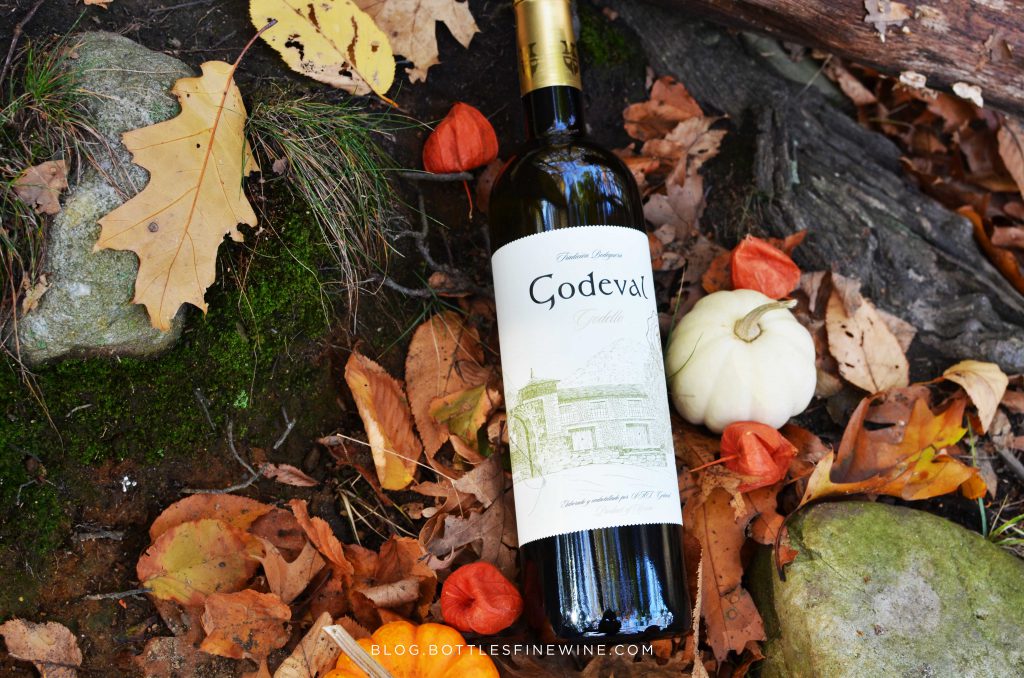 Godeval Godello, Galicia, Spain
A versatile dry Spanish white that will go with everything on the table and stands on its own as an aperitif. Great minerality! $17.99 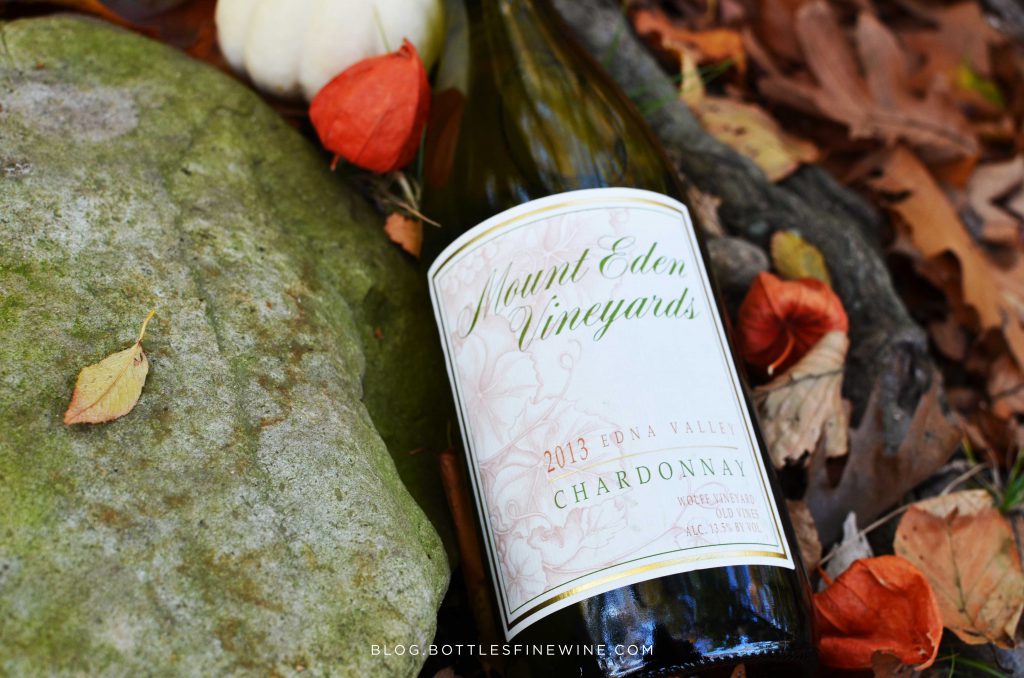 Mount Eden “Wolff” Chardonnay, California
A great barrel aged chardonnay that has a bit more structure for the oak-loving ‘Cali-Chard’ drinker at the table. $21.99

Everyone has opinions about which wines pair best with Thanksgiving dinner.

Some say only drink Beaujolais, some dictate pinot noir. Some suggest drinking bubbly wine throughout the entire meal (let’s have dinner at their house!), some suggest pairing a different wine with each course.

None of the above are wrong, of course. The only wrong wine to serve with the most written about meal of all time is the one you don’t like.

The tack we take for you, our loyal, trusting friends, is not to demand that you drink one style, but rather to suggest a variety of turkey-and-fixins’-friendly wines to meet all palates. Want to serve Italian wine? We have one for you. Rather show your love of the USA? We got that, too. Any of the wines below will be do what a good Thanksgiving wine is supposed to do: taste good and support the glorious flavors on the table. 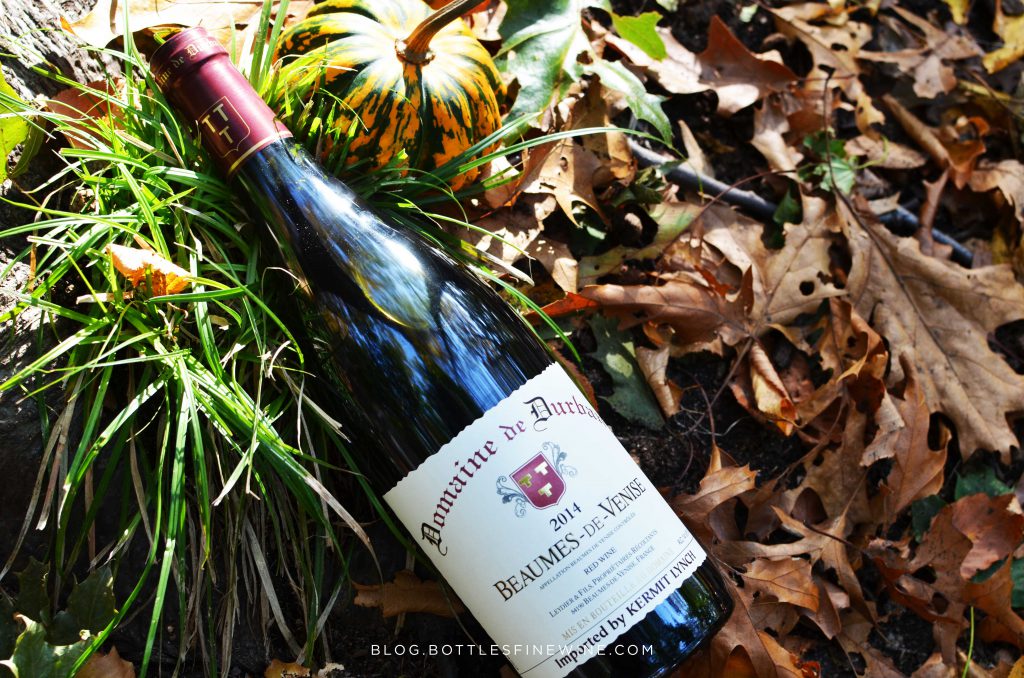 Durban Beaumes de Venise, Rhone Valley, France
A crowd-pleasing red blend of grenache and syrah that’s not too light nor too heavy. Its ‘old world’ finish (i.e., dry, subtle and earthy) won’t dominate the meal you’ve slaved over, either. $19.99 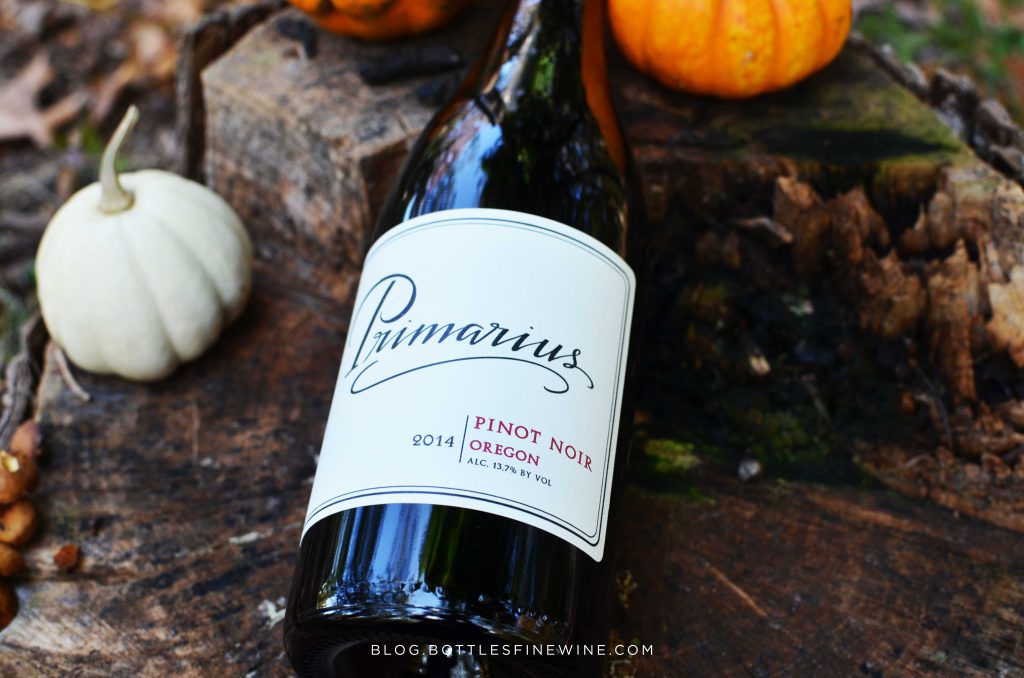 Primarius Pinot Noir, Oregon
This is the wine that will be so popular on the 24th that you’ll chide yourself for not purchasing more. It’s a velvety, well-crafted pinot noir from a great producer that everyone will enjoy – the classic turkey pairing that never disappoints. $16.99 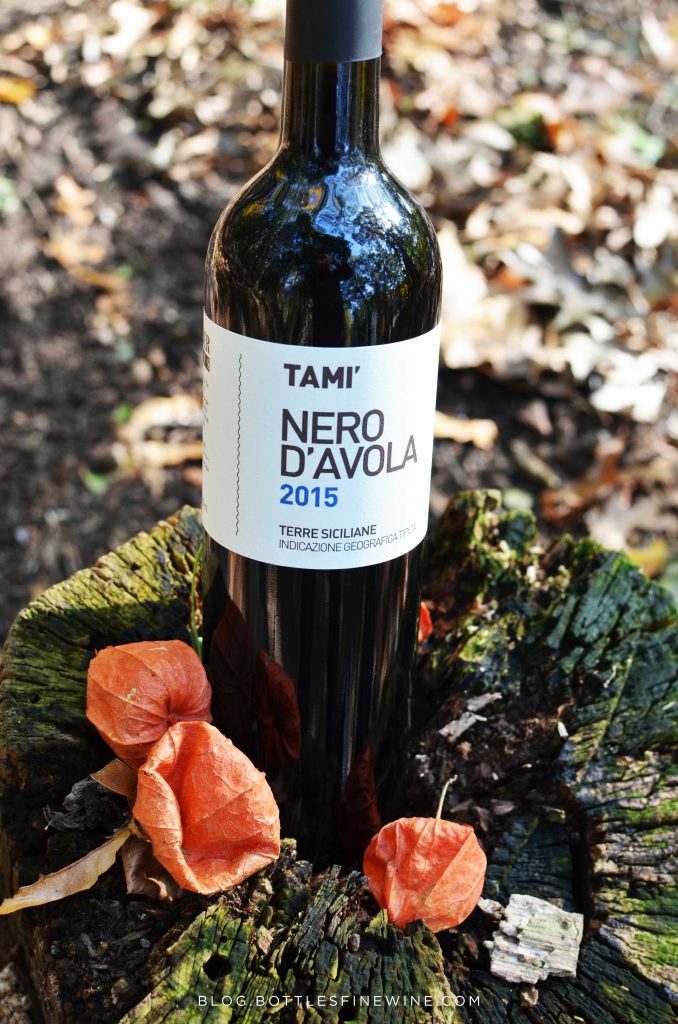 Tami Nero d’Avola, Sicily
Looking for an off-the-beaten path wine with great pedigree? The Tami has that distinctive Italian feel without a crazy price tag. And it’s made by Arianna Occhipinti – the current darling of the wine world. $19.99 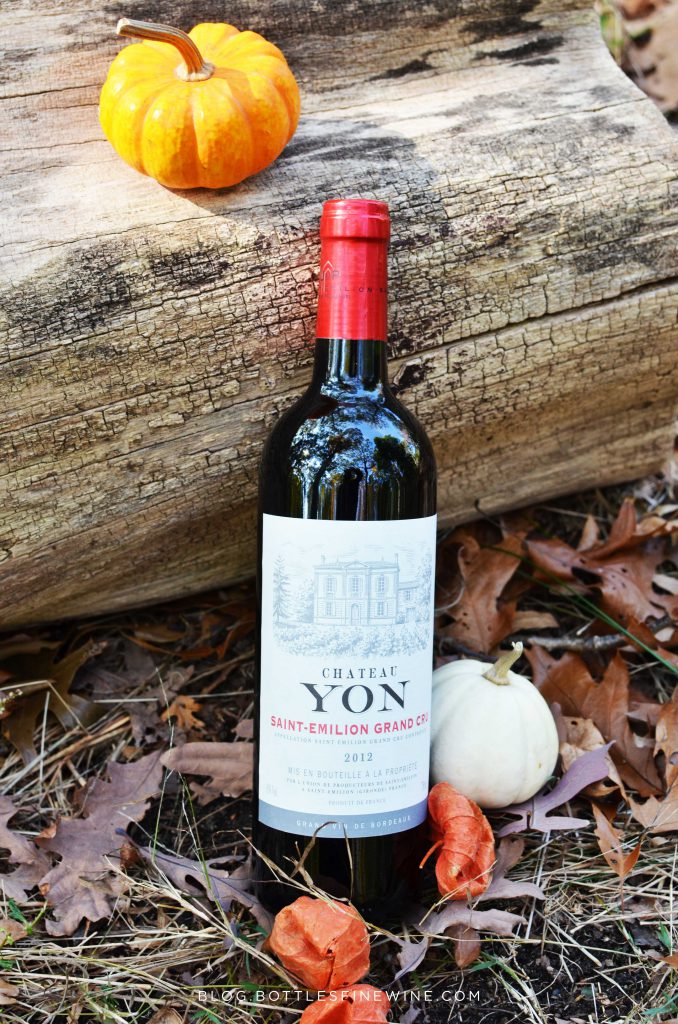 2012 Chateau Yon, Saint-Emilion, Bordeaux, France
A classic style, this merlot / cabernet blend is everything you would expect from a Right Bank Bordeaux (balanced fruit, smooth) that is ready to drink now, at a phenomenal price. $21.99 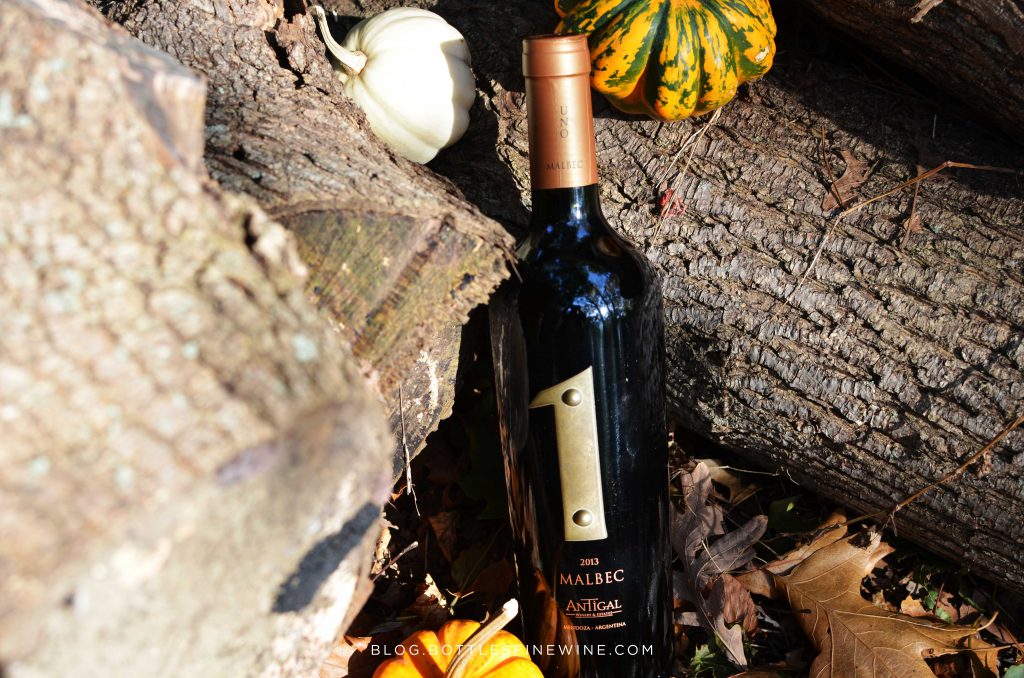 Antigal Uno Malbec, Argentina
A smooth and supple red that perfectly compliments the more bold dishes on your table. Malbec is a Thanksgiving best seller for us year after year. If it ain’t broken, don’t fix it!  $19.99

Last week we shared 9 beautiful, crowd-pleasing wines, each of which will pair perfectly with the all of the flavors on the Thanksgiving plate. This week we have wines that are a bit more daring: they may not be for your beer-drinking Uncle Tom, but your sommelier-in-training cousin Susan will undoubtedly thank you for elevating her Thanksgiving dinner to new heights. 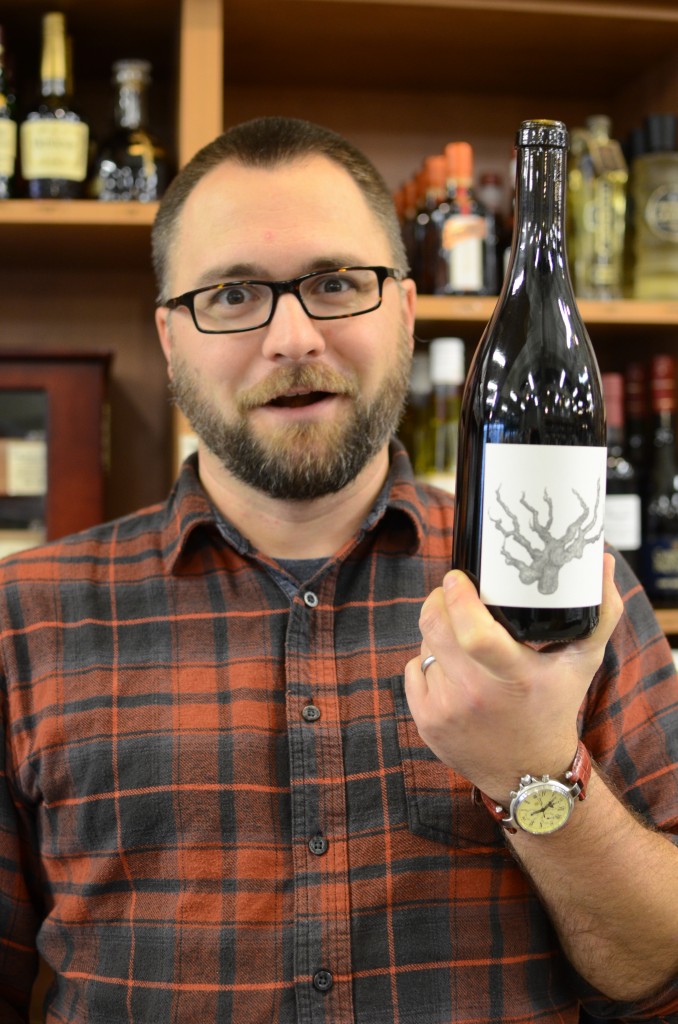 “A vibrant wine, Broc’s Carignan has zesty flavors of cranberry & blueberry, white pepper, and a touch of citrus zest. I love how it cuts through the heavier flavors of turkey & stuffing (much like a cranberry sauce does) and brings clarity to the whole Thanksgiving meal. A fun wine for a fun time.” – Liam 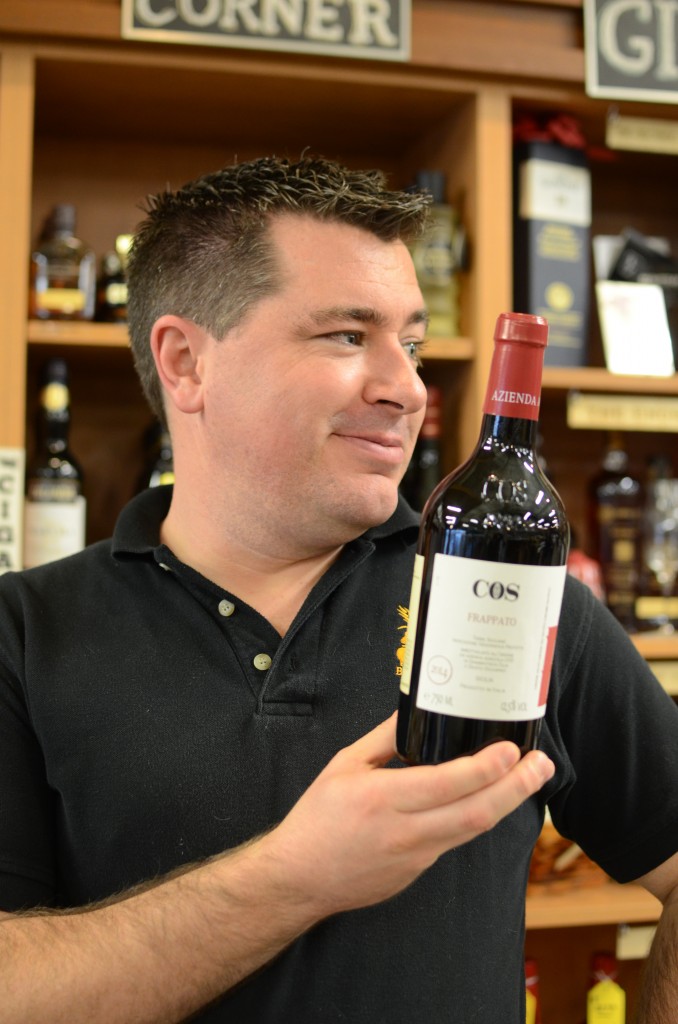 “I’m a huge fan of Frappato – a still relatively-obscure grape to most. This one is light-bodied, has bright fruit and an earthiness with a lot of food-friendly acidity. The lively freshness keeps your palate from getting fatigued as you load up on that second plate, or third…” – Nick 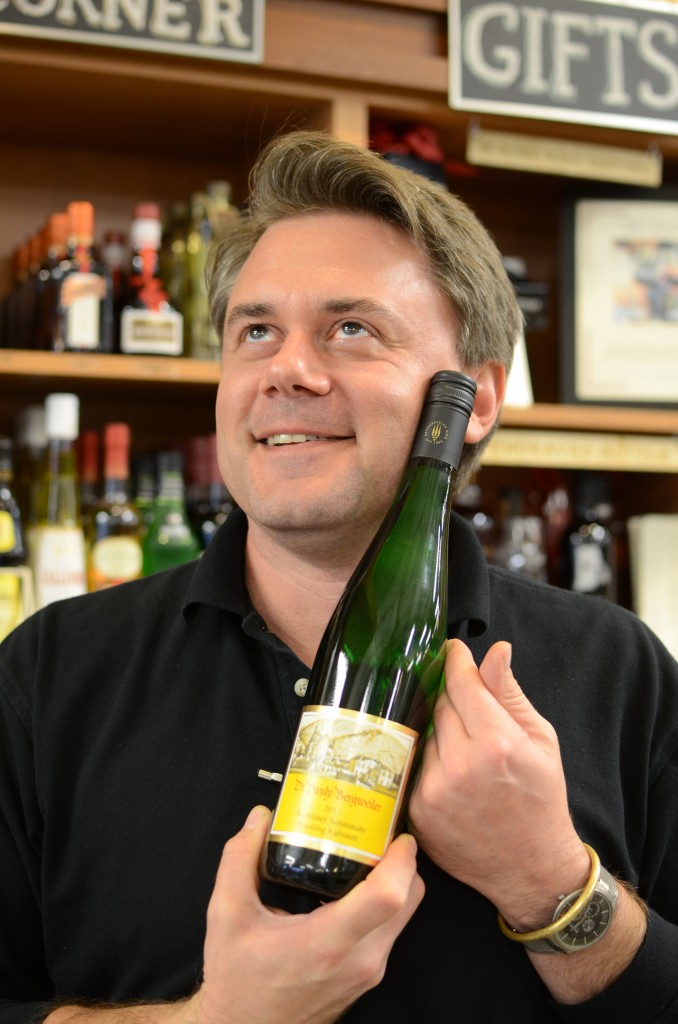 “After a long day of pre-dinner snacking, your mouth needs a second wind and this Riesling is your answer. Have a glass or two as you sit down to dinner as the tastiest palate-fatigue cure you’ve ever had.” – Eric 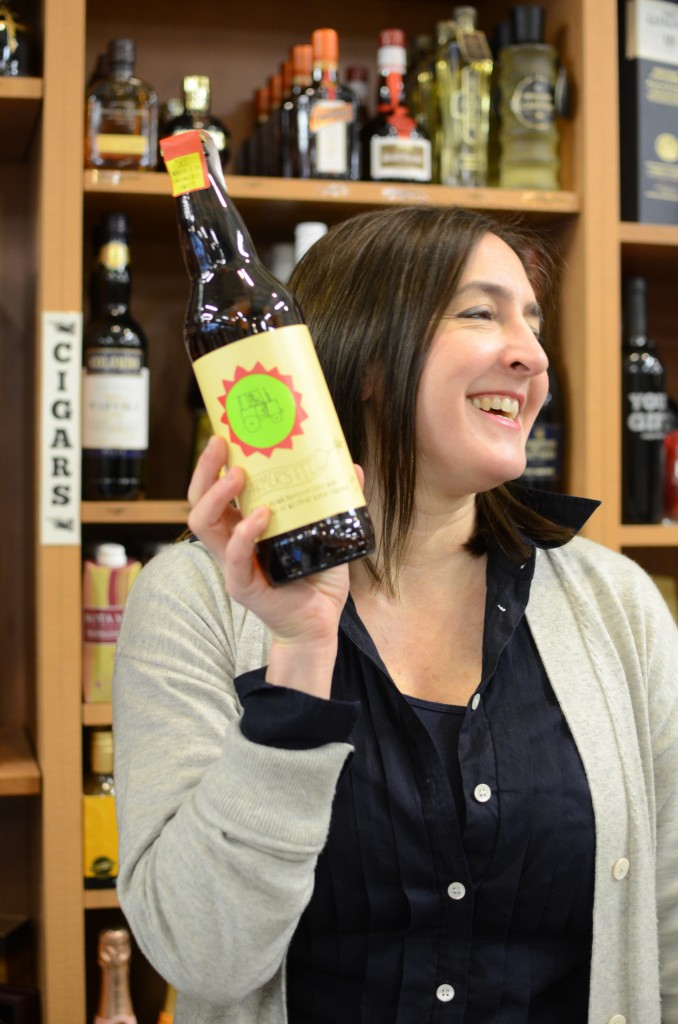 “Because I hate candied yams, but love how their sweetness balances buttery mashed potatoes, rich roasted squash and a creamy green-bean casserole. These semi-sweet bubbles mimic that candied-ness and their ripe pear, juicy apple and bright melon flavors are tailor made for the turkey-day table.” – Katie 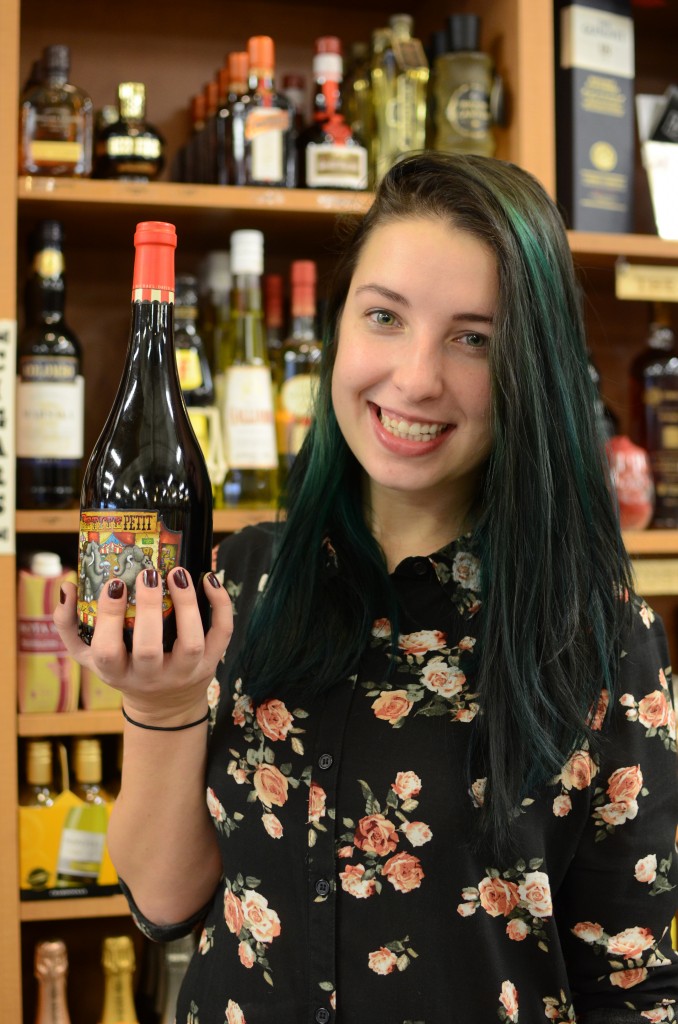 “Not only will you show up to family dinner with the coolest looking bottle, but you’ll win brownie points for pouring this big, bold wine. A blend of 85% Petite Sirah and 15% Petit Verdot, this wine offers rich, dark fruit flavors with hints of licorice and vanilla. A meal so full of flavor deserves a wine this rich to stand up to it.” – Alex 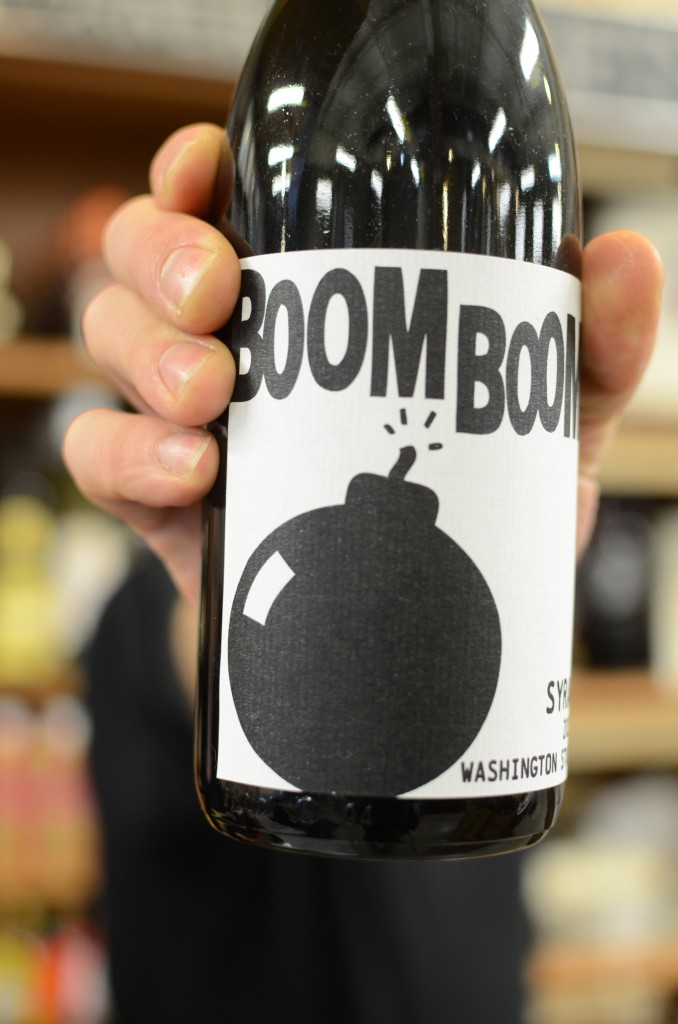 “From one of my favorite winemakers, this Syrah is bold and earthy with black cherry notes. It pairs really well with fruity and herbal flavors and is, thus far, the best wine to pair with my Mom’s roasted garlic mashed potatoes.” – Rico

One Plate. One Wine.

The classic Thanksgiving dinner isn’t comprised of course after course of individual flavors and tastes; rather it’s a wholly-American one-plate mashup of differing flavors and textures that somehow equals a sum greater than its parts. For your table this year we’ve chosen wines grounded in this one-plate tradition: wines that within one glass heighten every flavor on your one plate to new levels of deliciousness.

Though from different regions of the world and from different grapes, what these wines have in common is a medium to high acidity (to cut through the richness of classic side dishes), a depth of fruit flavor (which will match flavor intensity) and, in some cases, a decent tannic structure (which primes the palate for an onslaught of cream and butter). 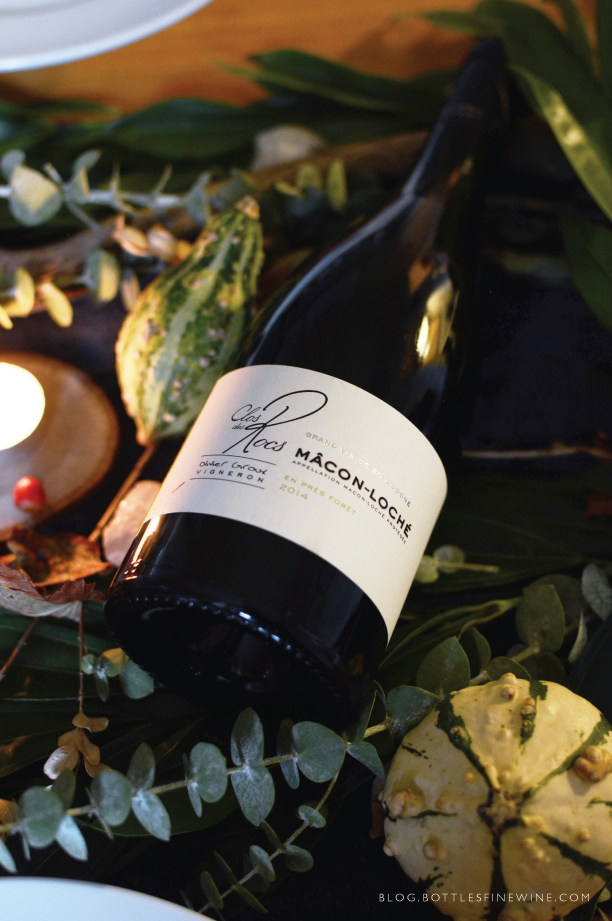 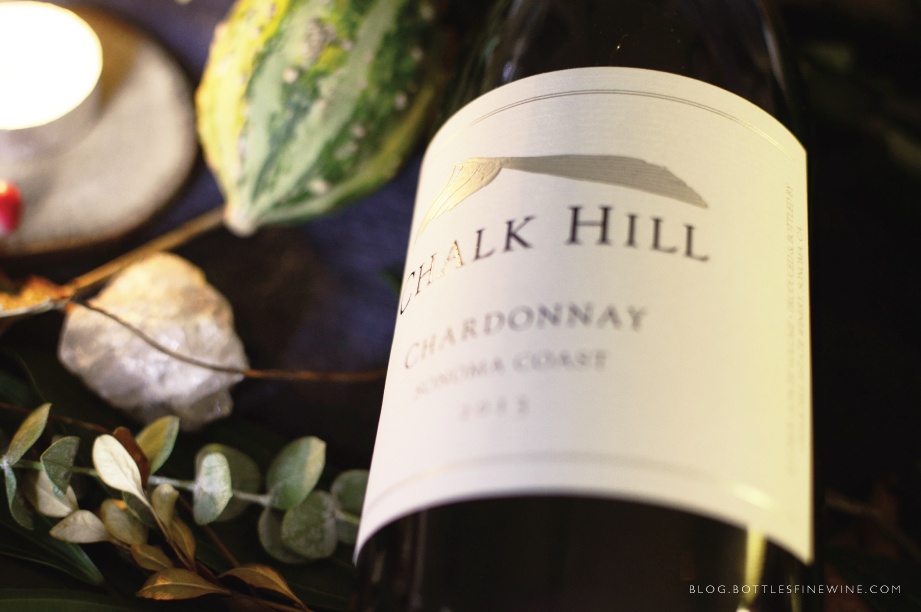 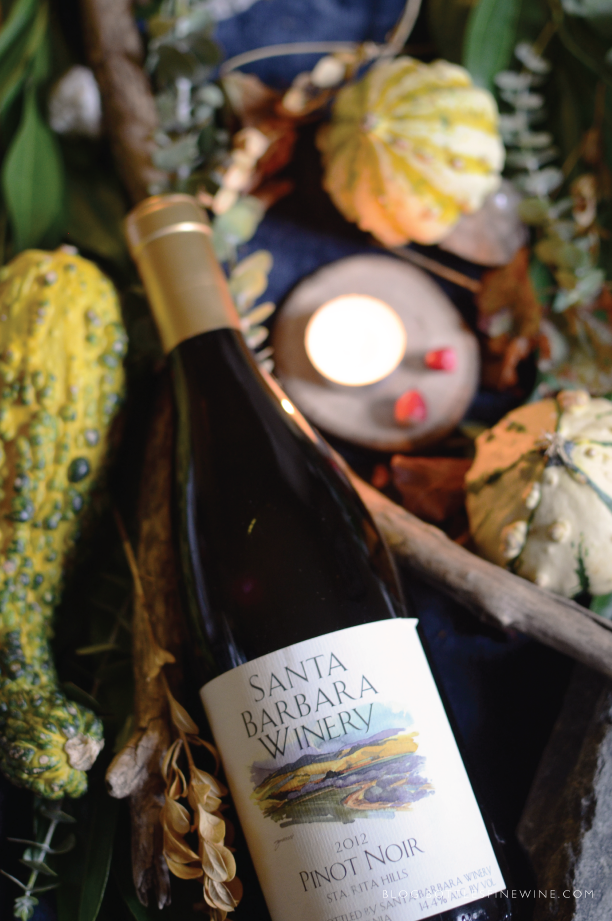 Pinot Noir was made for Thanksgiving dinner. Its high-acid, bright berry flavor mimics the effects cranberry sauce has on rich foods: it enlivens even the heaviest of side-dishes. 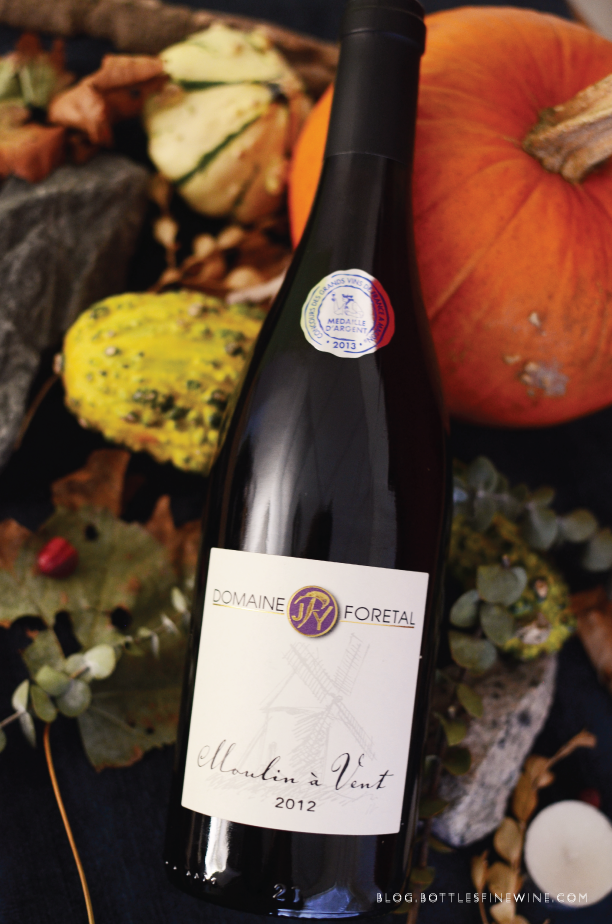 Moulin-a-Vent produces wines with slightly stronger tannins than other appellations in the Beaujolais. Its deep blackberry and savory notes are balanced by a crisp minerality – just what our palates crave at the Thanksgiving table. 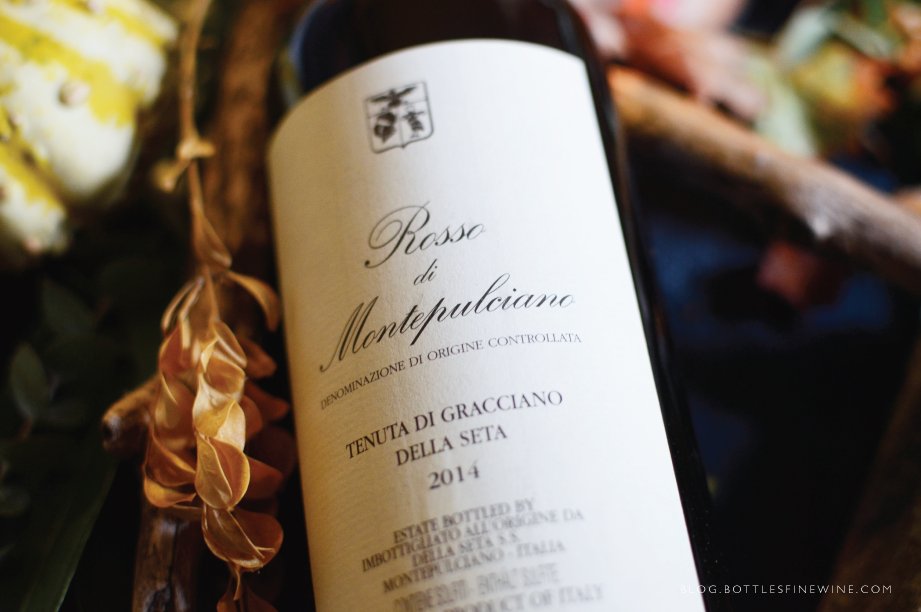 Ripe cherry flavors and refined tannins give this elegant, dry wine a place at the Thanksgiving table, right next to the earthy and herbal stuffing, the roast bird, and the green bean casserole. 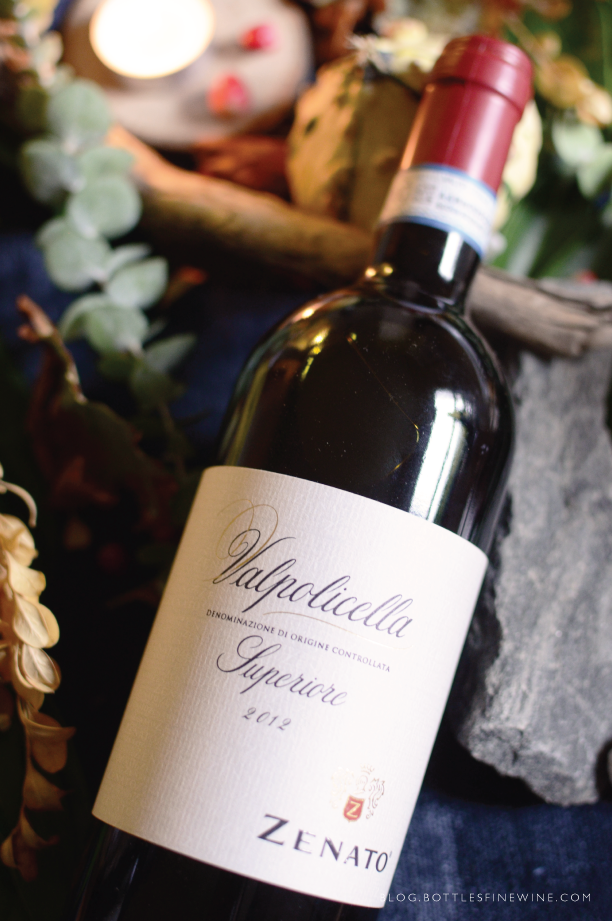 Ripe black cherry and spice notes give this bottle the brawniness it needs to stand up to the roast bird, yet its northern Italian (read: cooler climate) acidity keeps it from clobbering the turkey. 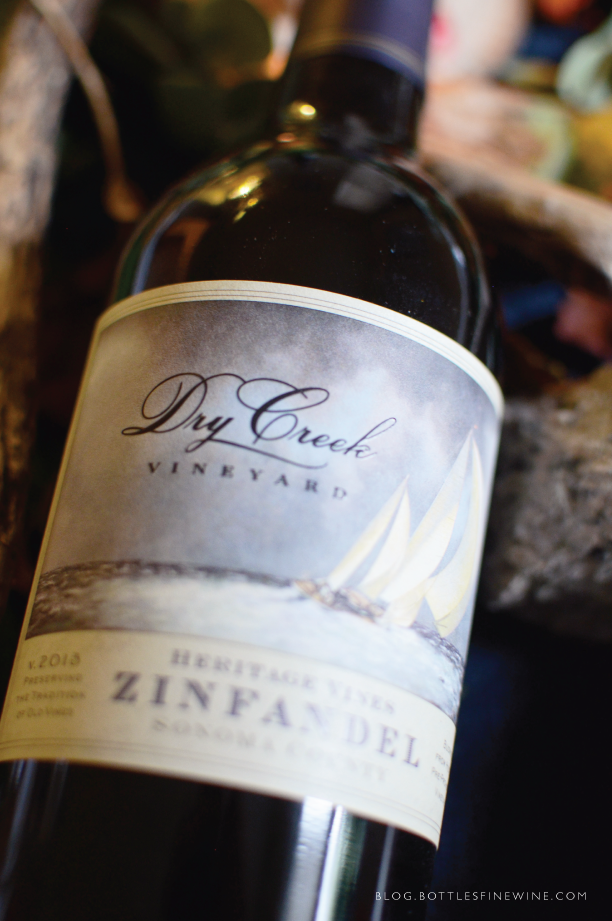 Dark berry flavors abound in this zesty zin from the good ‘ol US of A. It’s full of warm and savory allspice and pepper notes, too – just like many classic turkey side dishes. 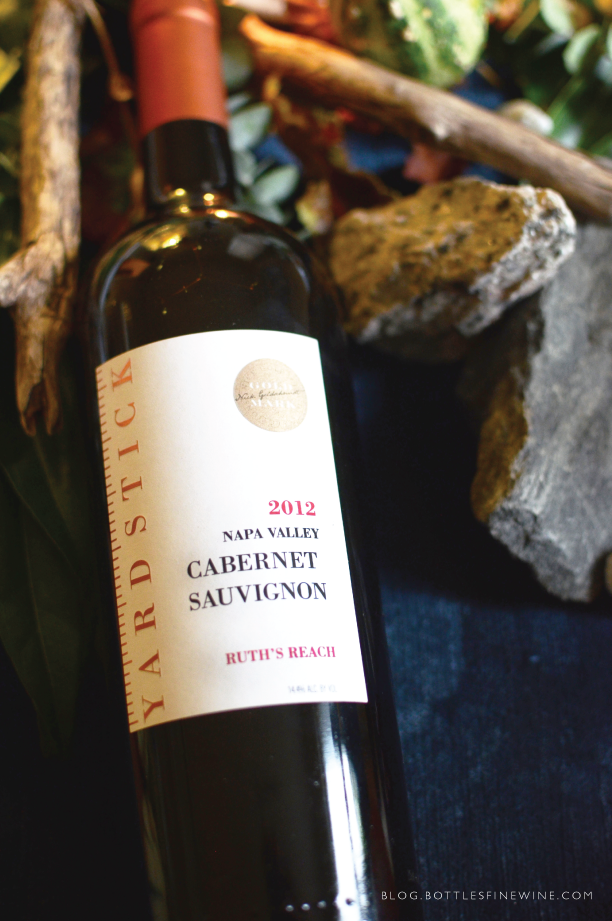 A cornucopia of big aromas and flavors (chocolate and butterscotch on the nose, raspberry, caramel and oak on the palate) are contained in this medium-bodied, single-vineyard Napa cab. It’s a voluptuous complement to the bounty of the Thanksgiving table. 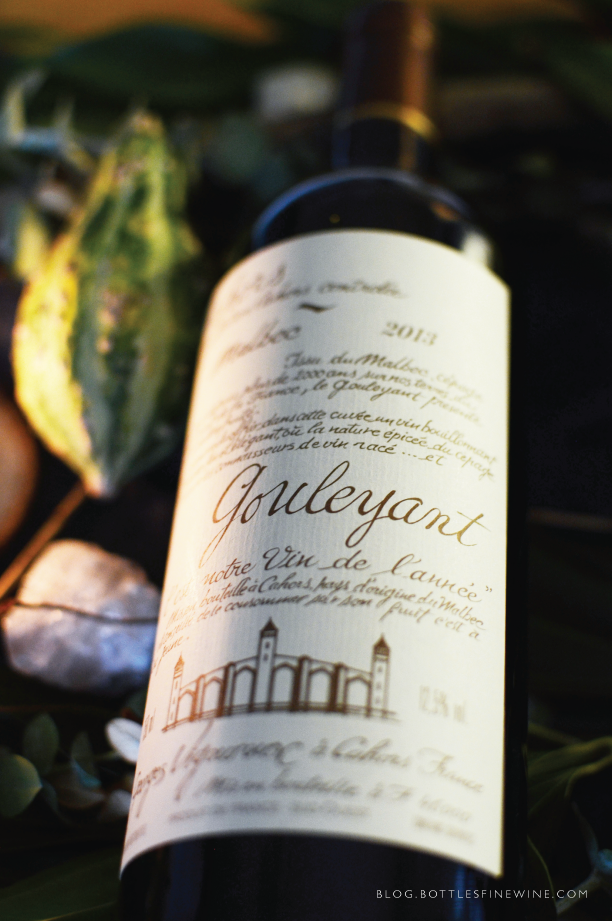 This lively and beautifully-fruity malbec has suede-like tannins that give buttery potatoes and silly gravy something to grab on to.

From all of us at Bottles to you and yours – Happy Thanksgiving!