So, what is the deal with Absinthe? The notorious spirit is known for its tumultuous history and its fluctuations in legality throughout the years, its associations among some of the most famous artists and writers of the late 19th and early 20th centuries (particularly those who called Paris home), and of its supposed hallucinogenic qualities, especially of ‘la fée verte‘ – or ‘the green fairy.’ 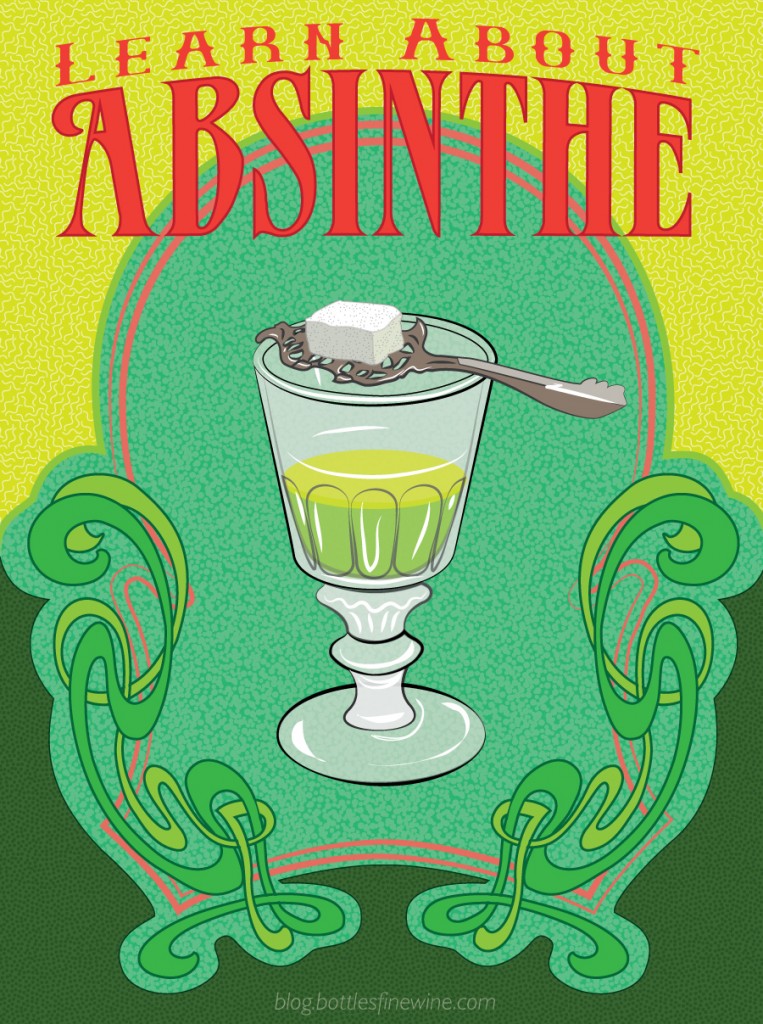 Find Absinthe in the cordials section of our shop—we even carry traditional Absinthe spoons, sugar cubes, and the perfect glass!

Absinthe originated in the canton of Neuchâtel in Switzerland in the late 18th century and is historically described as a distilled, highly alcoholic (45–74% ABV / 90–148 proof) beverage. True absinthes are carefully distilled from a variety of all natural herbs. Some of these herbs are regional and can include: sweet flag, angelica, dittany, marjoram, peppermint, tansy, melissa, sage, coriander, veronica, angelica, and hyssop, but will always include: green anise, fennel and the most important being, grande wormwood or Artemisia absinthium.

Absinthe traditionally has a natural green color but may also be clear. All absinthes are clear until they are soaked in natural herbs to color them after the initial distillation process. Although it is sometimes mistakenly referred to as a liqueur, absinthe is not traditionally bottled with added sugar; it is therefore classified as a spirit. Due to its high level of ABV, Absinthe is typically served diluted with water and sugar if served in the traditional fashion.

Owing in part to its association with bohemian culture, the consumption of absinthe was opposed by social conservatives and prohibitionists. By 1915, absinthe had been banned in the United States and in much of Europe, including France, the Netherlands, Belgium, Switzerland and Austria-Hungary.

Although absinthe was vilified, it has not been demonstrated to be any more dangerous than ordinary spirits. Recent studies have shown that the absinthe’s psychoactive properties (apart from that of the alcohol) have been exaggerated.

The core of absinthe lies with anise, fennel and grande wormwood. These 3 herbs combine to give what is usually explained as an herbal and anise taste and smell, and NOT that of black licorice, as many inaccurately describe. Originally used as a digestive to settle one’s stomach, absinthe is a refreshing drink, especially when prepared correctly!

What is perhaps the oldest, and thought of as the purest method of Absinthe preparation is often referred to as the ‘French Method.‘

The preparation involves placing a sugar cube on top of a specially designed slotted spoon on top of a glass filled with a measure of absinthe. Iced water is poured or dripped over the sugar cube to slowly and evenly distribute the water into the absinthe. The final preparation contains 1 part absinthe and 3-5 parts water.

As water dilutes the spirit, those components with poor water solubility (mainly those from anise, fennel, and star anise) come out of solution and cloud the drink. The resulting milky opalescence is called the louche (French for opaque or shady). The release of these dissolved essences coincides with a perfuming of herbal aromas and flavors that “blossom” or “bloom,” and brings out subtleties that are otherwise muted within the neat spirit. 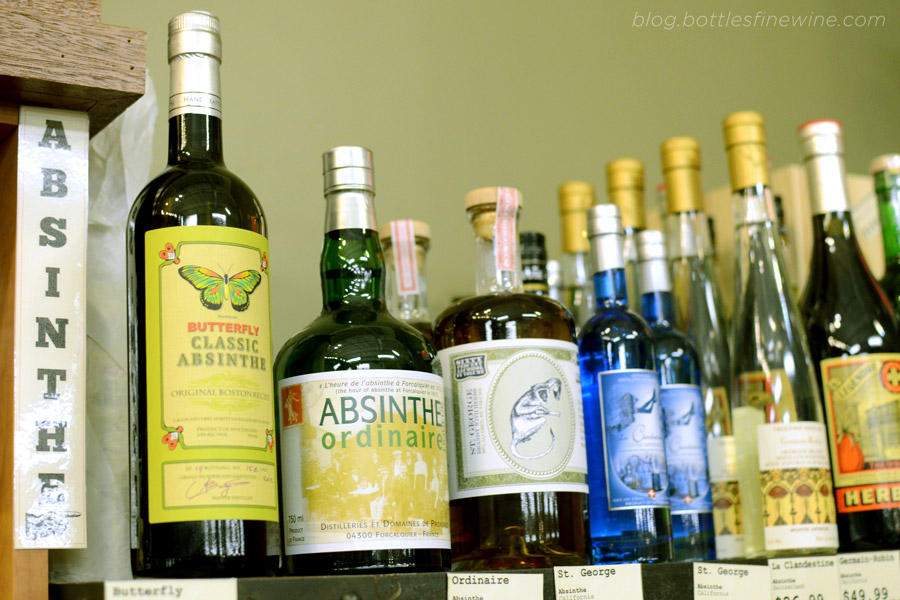 So though you may not see the green fairy, this delicious historic drink is most definitely worth a try, come check out our great selection in store!