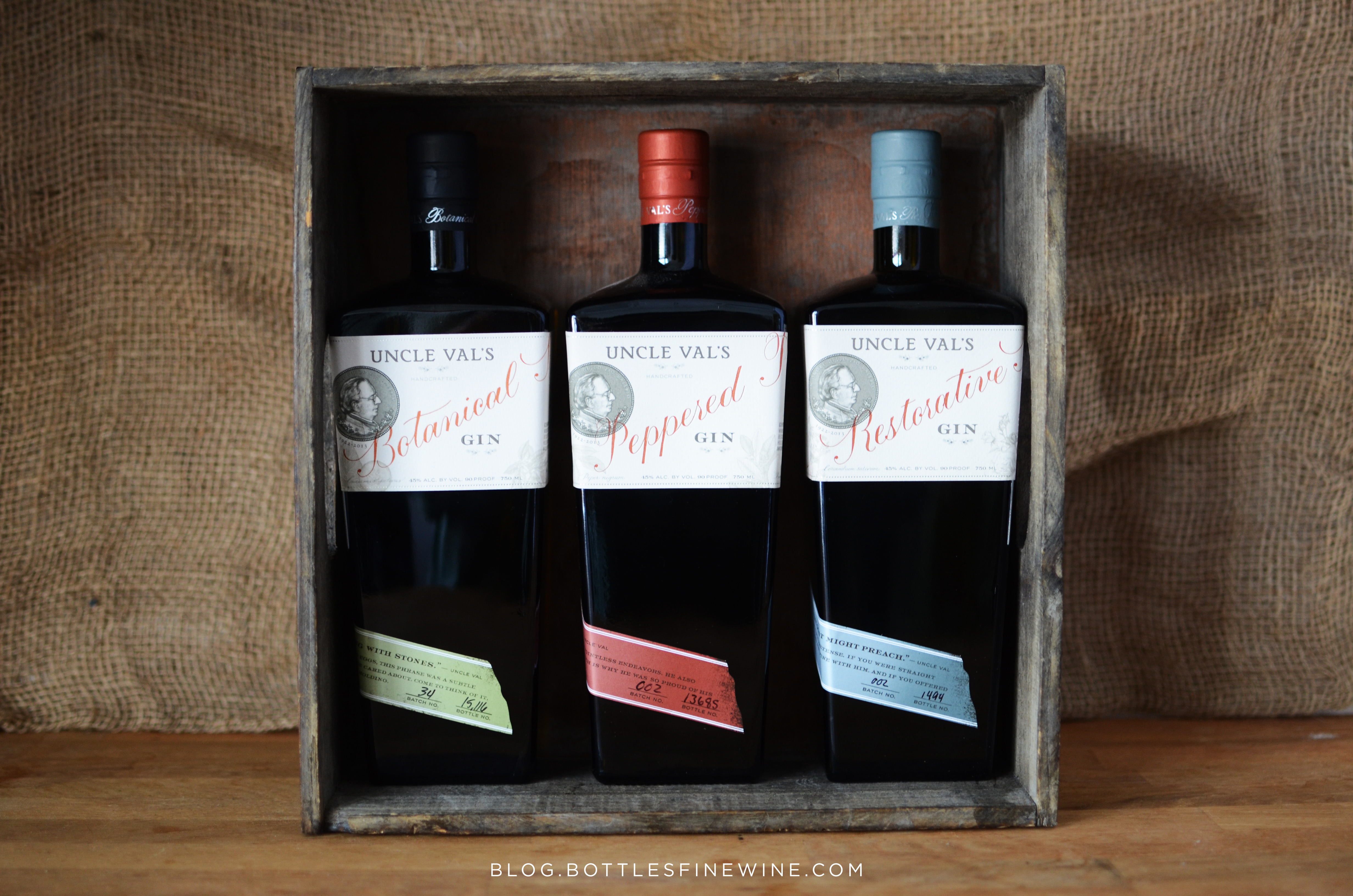 You see, it all started in 1895 when Samuele Sebastiani emigrated to the US from Tuscany. He settled in Sonoma, and within 10 years he opened the successful Sebastiani Winery which is still in operation today. This skill for producing high-quality, tasty beverages was inherited by his great-grandson August Sebastiani, who, decades later, created Uncle Val’s gin.

The line of gins – it’s among Bottles’ best-sellers – is named after August’s favorite uncle, Valerio Cecchetti, a retired physician from Lucca, Italy.  Uncle Val was not only a highly-respected doctor, but an accomplished cook with a passion for gardening. August modeled the gins after the fruits, vegetables and herbs that Uncle Val loved to grow in his garden and use in his cooking: juniper, lemon, sage, lavender and cucumber.

Each of the gins is produced in small batches, distilled five times, and filtered over stone to produce as smooth, clean and true a flavor as possible.

Uncle Val’s distinctive dark green, antique-hued bottles were inspired by bitters bottles produced in Italy in the 18th and 19th centuries. The labels, which are hand-numbered, feature some of Uncle Val’s more notable – and eccentric – sayings: “Eggs have no business dancing with stones.” “If the beard were all, the goat might preach.” “You cannot flay a stone.” Thankfully, the labels also include a translation of these colorful phrases. 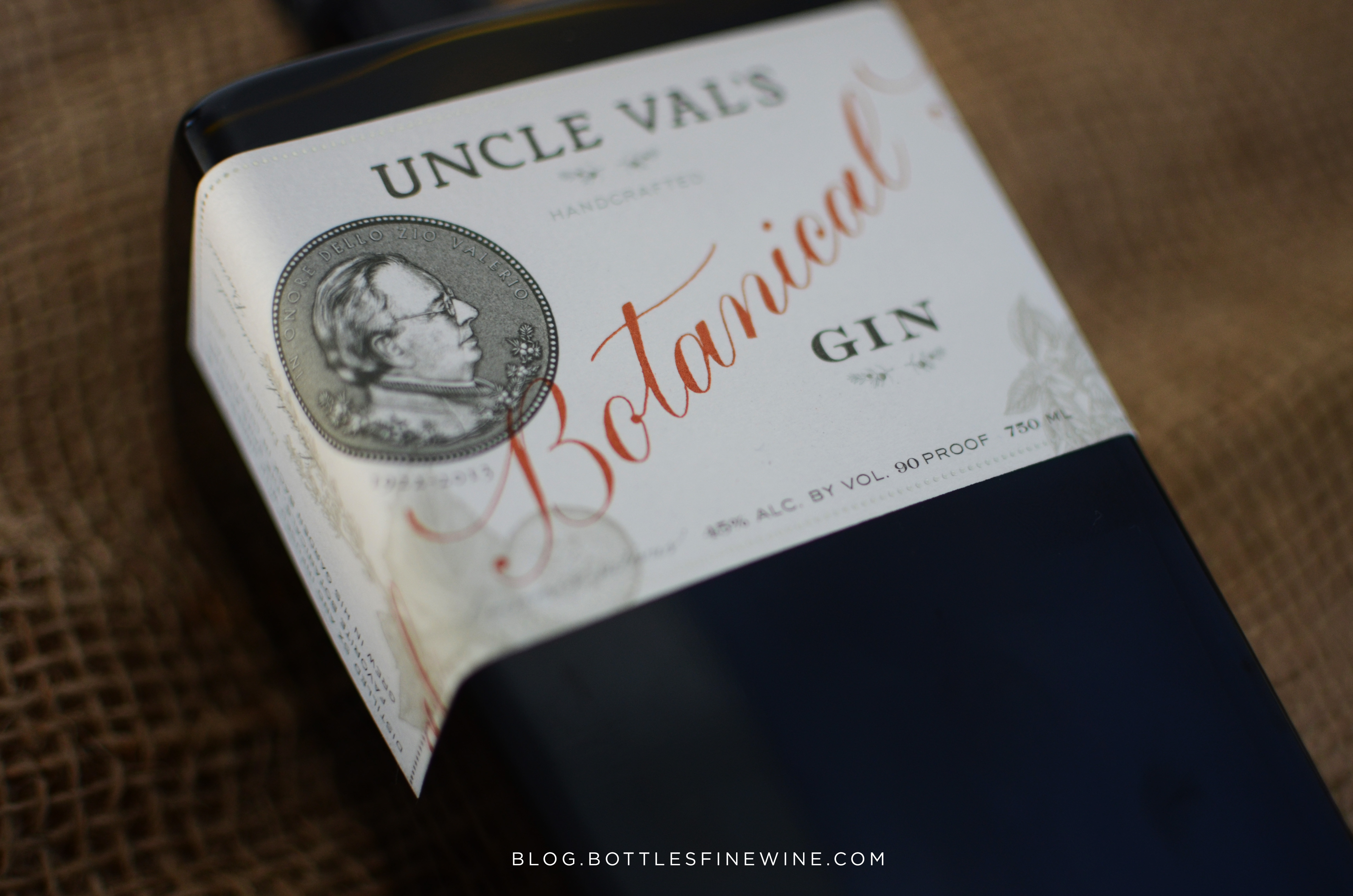 The Botanical opens with crisp aromas of sage and juniper. A first taste of lemon leads to a warm, spicy, lavender finish, with piney and cooling cucumber notes. We love sipping this gin with nothing more than a cube of ice and a pine needle or juniper berry picked from the in the backyard. 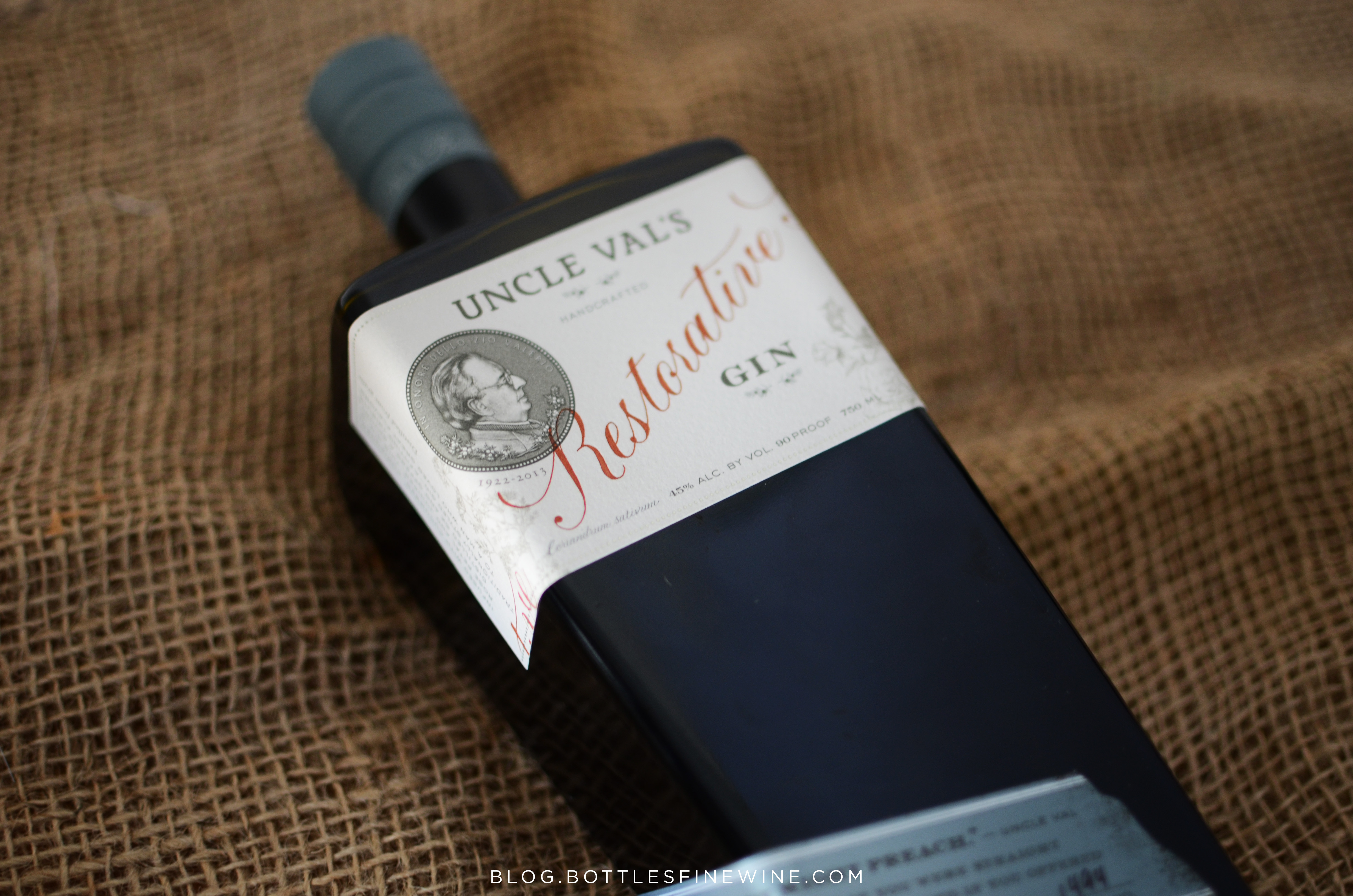 The Restorative is based on savory, American-style gin. After distillation it’s infused with juniper, coriander, cucumbers and rose petals. When used in a martini, an olive will subdue the floral notes and accentuate the savory coriander and juniper. To enhance the floral notes, add a citrus twist. 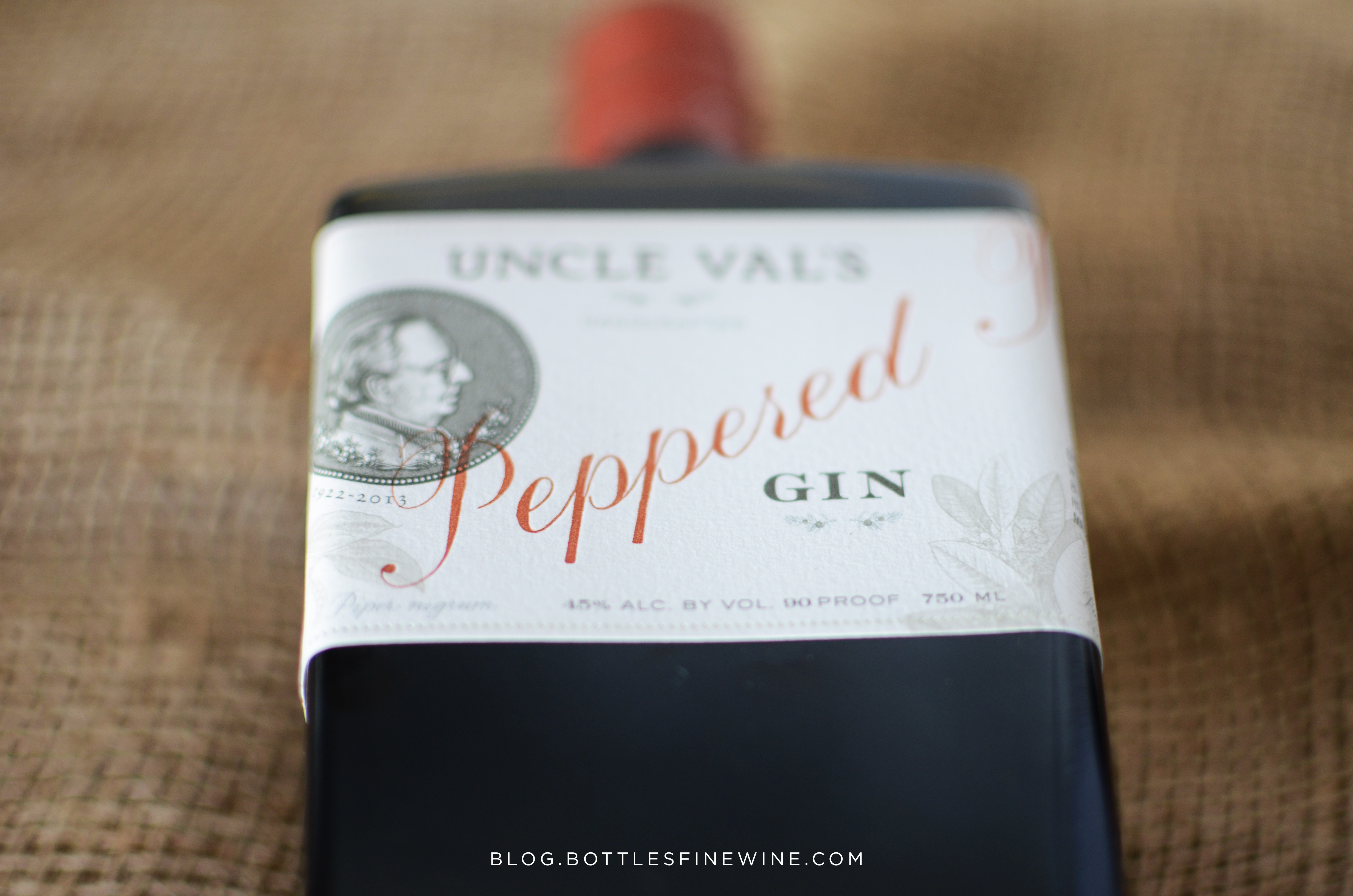 The Peppered is a big, spicy gin. It’s flavored with juniper, red bell pepper, black pepper and pimento, and is both terrific for sipping and for mixing for those who like big, bold drinks. It opens with a sharp salty-pepper flavor that evolves into a sour/sweet juniper and charred red pepper finish.